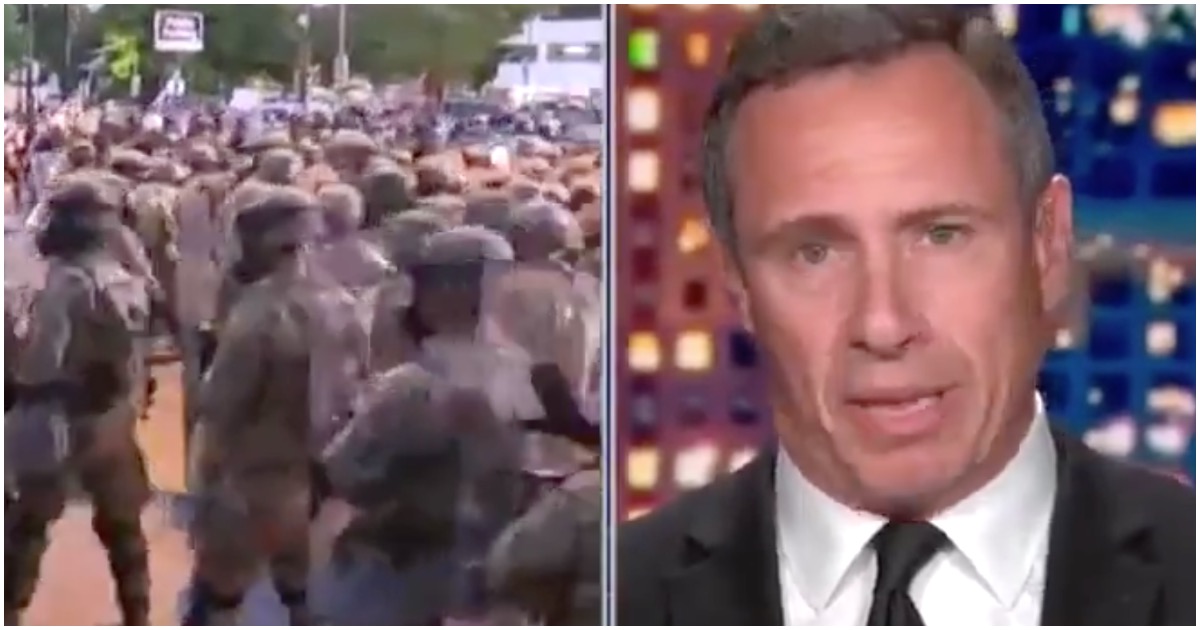 The following article, Cuomo: ‘Show Me Where It Says Protesters’ Have to ‘Be Polite & Peaceful’ – Forgets Constitution, was first published on Flag And Cross.

CNN host Chris Cuomo basically came out and said he supports ultra-violent protests. But isn’t that to be expected from a far-left radical, no matter where he earns his paycheck?

This is bush league at its finest.

CNN's Chris Cuomo: "Please, show me where it says protesters are supposed to be polite and peaceful."

As riots and looting have broken out in cities across the country, this is the message the brother of New York governor Andrew Cuomo shares at the top of his show. pic.twitter.com/ZZ47zpyVlx

1 Amd: “Congress shall make no law respecting an establishment of religion, or prohibiting the free exercise thereof; or abridging the freedom of speech, or of the press; or the right of the people PEACEABLY to assemble, & to petition the Government for a redress of grievances.”

Cuomo has tested positive for COVID-19. Apparently, that hasn’t stopped him from going all “Fredo” on random Americans, such as this bicyclist who just filed a police complaint against him.

According to a report the New York Post, a 65-year-old East Hampton resident named David was riding his bike on Sunday when he spotted who he thought was the CNN anchor with two women and three children outside on their property. Cuomo had been recovering from his widely publicized coronavirus diagnosis.

David, who did not disclose his last name to the Post, claimed he was “well over a hundred feet” when he paused and hassled Cuomo about whether he should be in quarantine instead of being outside with others.

David noted, “I just looked and said, ‘Is that Chris Cuomo? Isn’t he supposed to be quarantined?‘”

That set Cuomo off.

The Long Island resident blasted as a “jackass loser fat-tire biker” by Chris Cuomo in a radio rant told The Post on Tuesday that the CNN host is nothing but a bully — and has even filed a complaint with cops against him.

David — who said he is a lifelong Democrat and voted for Andrew Cuomo for governor — added that he doesn’t plan on pressing charges against Chris Cuomo unless “I get any more feeling that this guy’s a threat to me,” adding that he just wanted to get something on the record.

Continue reading: Cuomo: ‘Show Me Where It Says Protesters’ Have to ‘Be Polite & Peaceful’ – Forgets Constitution ...

No difference, same as his gov brother. Why are incompetents like this allowed to have a place to show their ignorance.

Show us where Fredo needs to be protected by security…..! Damn loon needs a brick upside his head…. looted….. and thrown into a burning building……!