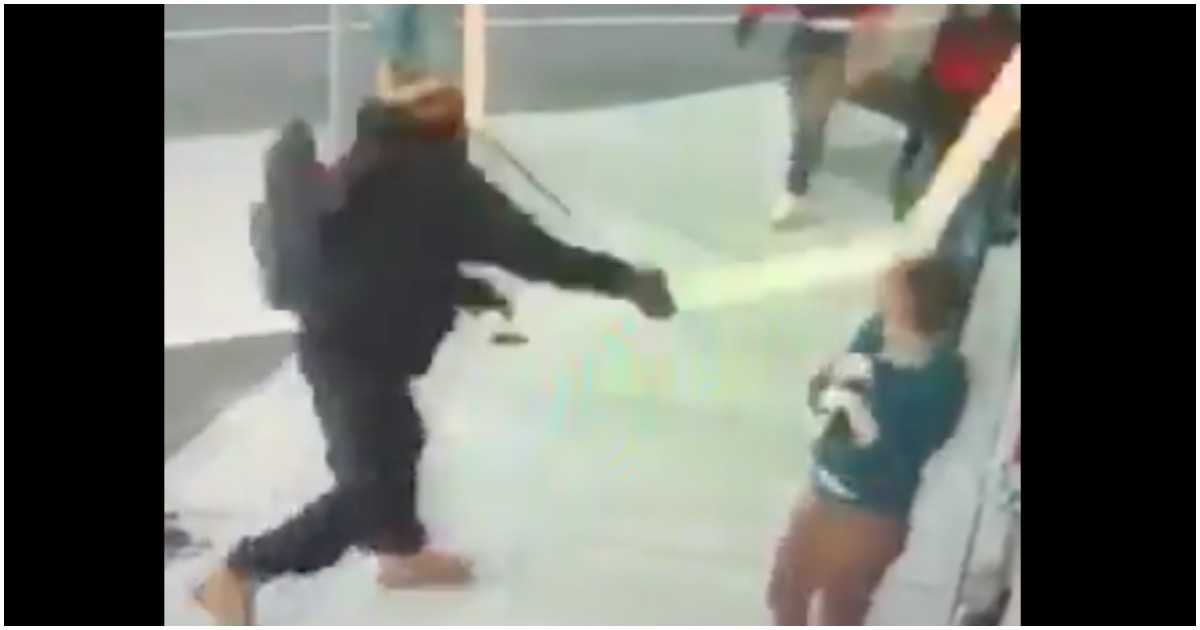 The following article, Video: Elderly White Couple Attacked By Violent Protesters While Protecting Their Business, was first published on Flag And Cross.

You’re not a cool Democrat unless you took to the streets this past weekend and completed annihilated your community. After all, businesses and homeowners have insurance to cover the wreckage!

You’d think presumptive 2020 Democrat nominee Joe Biden would denounce all these violent rioters who will vote for him in November, but that would mean he is a proud American.

But he’s not. And neither are they.

Cops seek to ID thugs who attacked elderly white woman and her husband who were trying to protect their business in Rochester, New York

In New York City, dozens of arrests were made, police said, hundreds of looters were seen breaking their way into Downtown Manhattan businesses. In midtown, a group armed with sticks reportedly lit a fire to one business. Other stores such as Michael Kors, Kate Spade and Barnes and Noble were broken into as glass from broken windows covered the sidewalk, KABC-TV reported.

In Herald Square, a busy intersection just blocks away from Madison Square Garden and the Garment District, hundreds of looters ran forced their way into a Macy’s department store in the presence of police.

Cops running into Macy's at Herald Square as it was being looted. Hundreds of looters and rioters here with absolutely no concerns about cops being here pic.twitter.com/NItOU7POiL

Uncontrollable amounts of looting going on now at 14th St and fifth Ave. Stores being empties by hundreds of people. pic.twitter.com/0bvAu95Mj9