The following article, CNN: ‘Peaceful Protesters Near White House Gassed’ So Trump Can Get ‘Church Photo-Op’, was first published on Flag And Cross.

President Trump took a walk from the front doors of the White House to St. John’s Church, which was set ablaze by violent George Floyd protesters over the weekend.

If Obama walked across the street to get a closer view of the damage, the liberal network would’ve praised him as a hero – and you know it’s true. 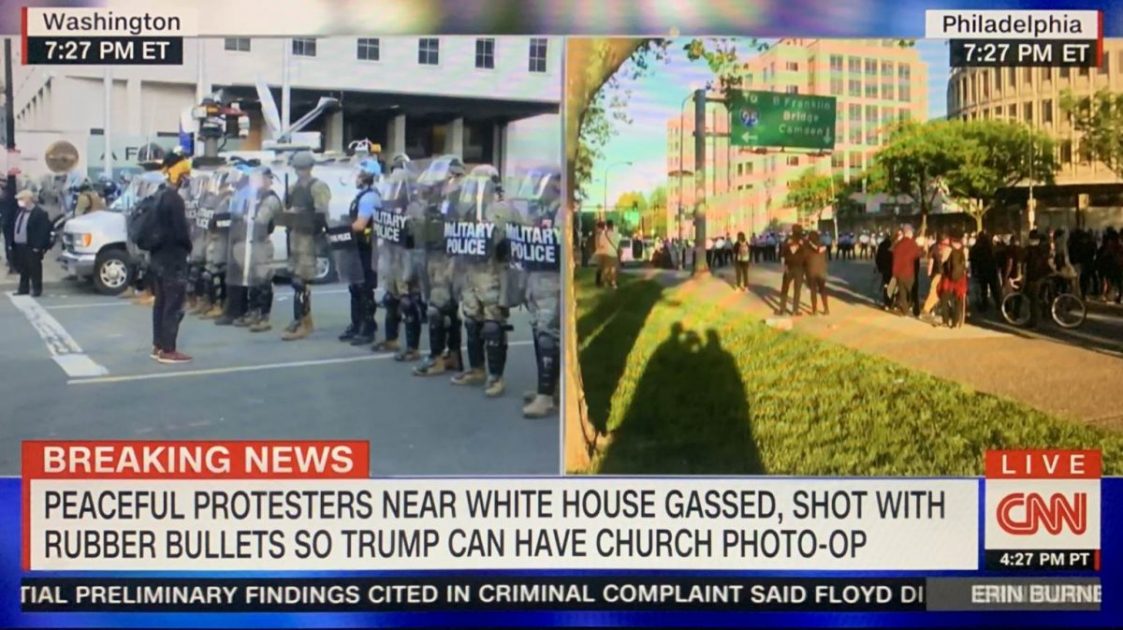 President Trump said during a statement in the Rose Garden on Monday that he is taking “immediate action” to mobilize “all available federal resources” to stop riots and looting across the country, threatening to deploy the military if states don’t send in the National Guard to protests.

“I will fight to protect you,” Trump said in an evening protest, ahead of what’s expected to be more protests in the city of Washington on Monday night over the death in Minnesota of George Floyd.

I almost can’t believe what I’m seeing. POTUS just walked out the front door of the White House and into Lafayette Square – the epicenter of the DC protests – to visit historic St. John’s Church, which was set on fire last night. pic.twitter.com/XueoF2RC6z

Live look at Mexico after seeing what’s going on in the US pic.twitter.com/MlKcCKxOUe

Looting has begun in NYCpic.twitter.com/O8PIczc7Hb

A group of Philadelphia residents with baseball bats and golf clubs are telling protesters, "don’t threaten our cops!”

Now I'm watching a fucking Lego store being smashed open with hammers. Haven't seen a cop car for about half an hour pic.twitter.com/8A3Qjhv2BH

Why would anyone criticize this speech?

1. He condemned the killing of George Floyd & promised justice.
2. Offered his support to peaceful protestors.
3. Instructed Governors to stop the riot.
4. Vowed that if they don’t the feds will.