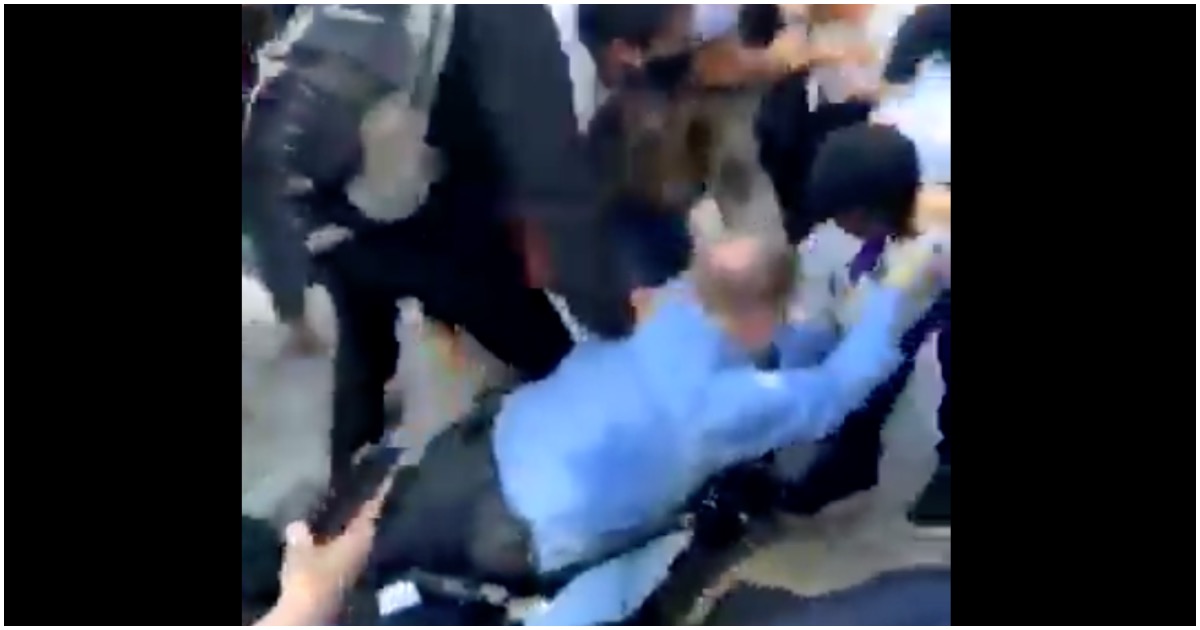 Nothing screams “we are good people” like assaulting an innocent police officer who had nothing to do with the death of Minnesota man, George Floyd.

All they want to do is inflict the most harm possible on the most people, in the most cities.

CHAOS: Police officers dragged through the street in Chicago

A security expert says intelligence reports indicate most of the hard-core protesters in Minneapolis are far-left or anarchists, and that far-right groups have not yet made a significant appearance.https://t.co/pkJAKjkYYj

2/Across the country, white privileged kids were caught on camera starting violent riot behavior in the midst of organized Black protests.

When we tried to stop them, their buds falsely accused us of assault, stoking further police violence against us.pic.twitter.com/zWH64DUc2U

3/Everywhere you look, white entitled privilege was cosplaying as violent resistance, then as always, leaving us to deal with the resulting violence and deaths.

Because our Black Lives never mattered to them.pic.twitter.com/EzCFonBRN0

After failing to appropriate the Black People's Party, entitled white kids appropriated our fight yesterday, and made it dirty.

Then they left us to deal with the police violence they stoked.

Listen to the Black Woman desperately begging them to stop.pic.twitter.com/uYaVS4QKQr

I refuse to allow a bunch of ANTIFA affiliated thugs to come to my beloved city of Atlanta and burn it to the ground, under the guise of #BlackLivesMatter.

They don’t give a damn about black lives. They only care about DESTRUCTION.

Statement from AG Barr where he acknowledges the outrage on George Floyd’s death as legitimate but condemns violent rioting. “It is a federal crime to cross state lines or to use interstate facilities to incite or participate in violent rioting. We will enforce these laws.” pic.twitter.com/gnWs5LVVsi

The Black community in MN is calling out white Antifa members for starting the riots and destroying their communities. I keep telling y’all these white liberals are not our friends. #Democrats #GeorgeFloyd #minneapolis pic.twitter.com/bmdT6uHfUc

I wanted to reframe the tweets to distinguish between what is happening on the Internet as opposed to the streets. Marc Morial has stated that he wants to confirm whether "white supremacists" and "Russians" are behind the violence. As I stated, it is likely … pic.twitter.com/JCSb19CePt

They are not protestors, but are criminals using the cover of those un-thinking “protestors”. If you are out there helping those criminals, you are a part of the problem.

Congratulations to Mayor Lori Lightfoot, Police Chief David Brown and the OBESELY FAT (in the head, too) Gov. J.B. Pritzker. Chicago, you are all doing wonderful impersonations of French leaders in wartime. They carry weapons dropped (you can buy weapons ONLY DROPPED ONCE, all over France for a dime a dozen) at the first shot, to wave the white flag of unconditional surrender (but try to find a clean, only used once white flag of surrender in France at a low price – they are hard to find, they are used so consistently)! Chicago long ago surrendered to THUGS, RIOTERS… Read more »