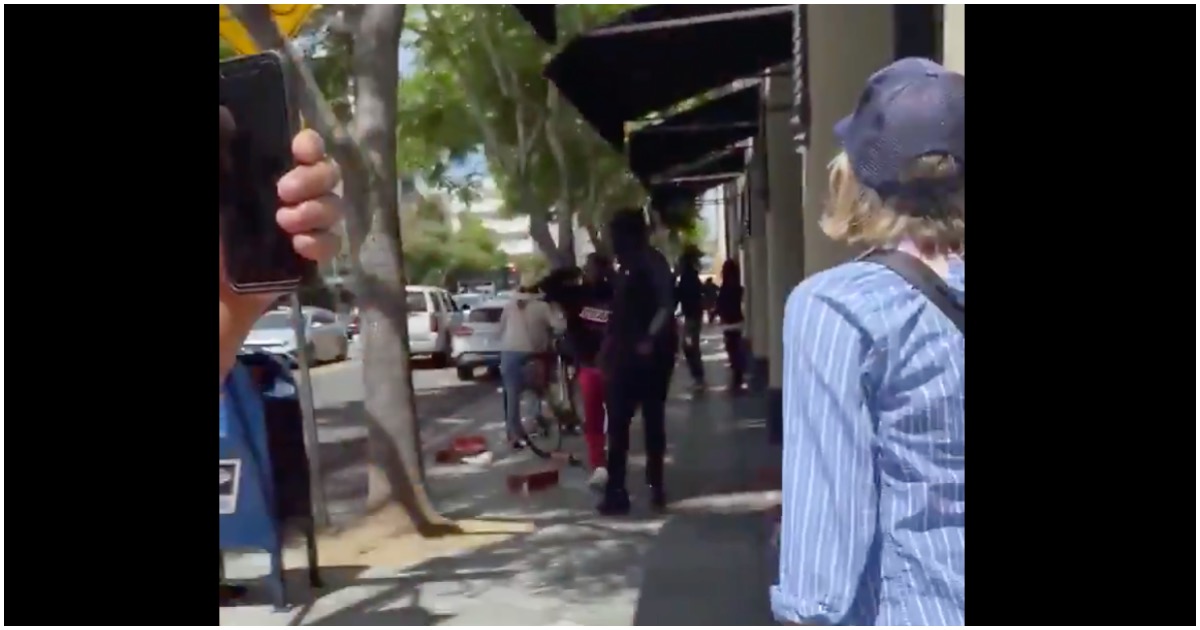 The following article, ‘This Is Going to Get Trump Re-Elected!’ Woman Pleads With Violent Protesters to Stop [Video], was first published on Flag And Cross.

The woman in the clip below is right – hopefully. There are so many reasons to keep President Trump in office. Why violent liberals think they can get away with everything seems just a tad bit irrational.

A woman in Santa Monica, California, desperately pleaded with rioters who were allegedly looting stores in the area on Sunday, screaming at them that they were going to get President Donald Trump re-elected.

She screamed, “This is going to get Trump re-elected! Please stop! Think first.”

This woman ran up and stood outside a pillaged Vans and was begging people to stop looting because it will help get Trump re-elected.

“We don’t want Trump re-elected, please don’t do this” pic.twitter.com/739dYfD8ZT

Looters in Long Beach leap from back window of Urban Outfitters after police arrive pic.twitter.com/R7NE7VK9tB

SECRET SERVICE: “In an effort to ensure public safety, pedestrians and motorists are encouraged to avoid streets and parks near the White House complex.”

Continue reading: ‘This Is Going to Get Trump Re-Elected!’ Woman Pleads With Violent Protesters to Stop [Video] ...

We Americans are going to “get Trump reelected with or without the liberals/socialists/antifas or any of those trying to destroy America.