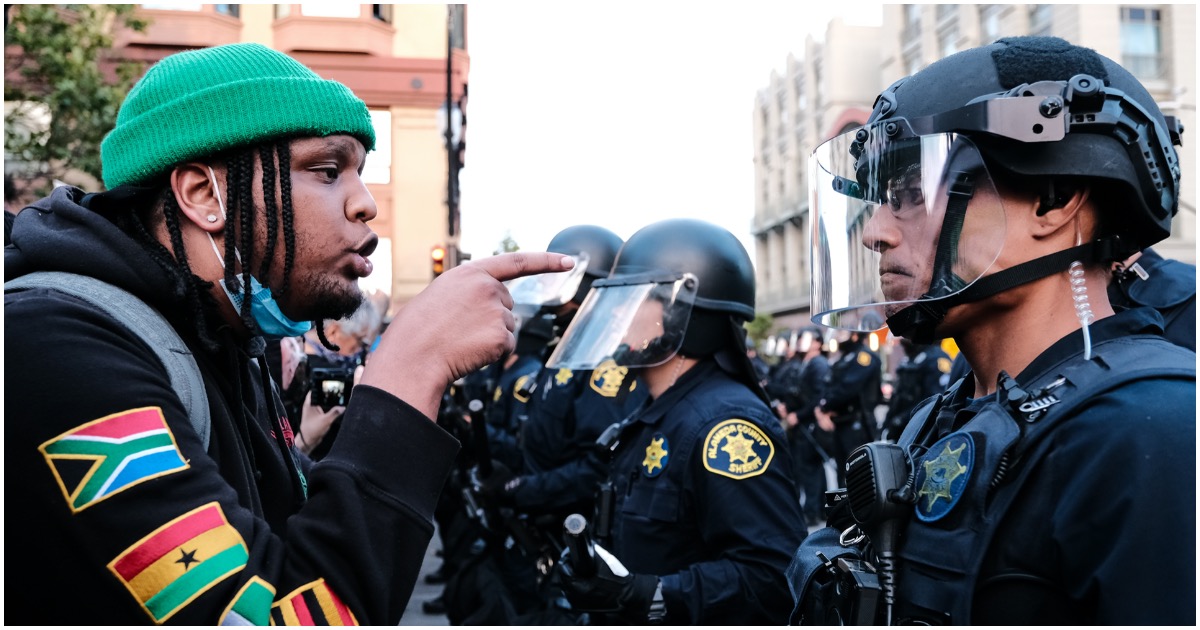 The following article, President Trump Moves to Designate ‘Antifa’ An Organization of Terror (Details), was first published on Flag And Cross.

“Antifa” has now been designated a terrorist organization. One might assume that “Black Lives Matter” can’t be too far behind. Time will tell.

This comes as Trump has blamed Antifa for riots taking place across the country in response to the death of George Floyd, the unarmed black man who died May 25 while in police custody in Minneapolis, Minn., after an officer kneeled on his neck for more than 8 minutes in an incident caught on video.

It remains unclear exactly who was behind the escalation what began as peaceful protests against police, with accusations lobbed against both far-left extremists and white nationalists. The president has been forceful in pointing the finger at the former.

The United States of America will be designating ANTIFA as a Terrorist Organization.

It’s ANTIFA and the Radical Left. Don’t lay the blame on others!

Congratulations to our National Guard for the great job they did immediately upon arriving in Minneapolis, Minnesota, last night. The ANTIFA led anarchists, among others, were shut down quickly. Should have been done by Mayor on first night and there would have been no trouble!

Other Democrat run Cities and States should look at the total shutdown of Radical Left Anarchists in Minneapolis last night. The National Guard did a great job, and should be used in other States before it is too late!

Oh oh. The antifa branch of the democrat political party designated as a terrorist organization. About time. So now what will the liberal party come up with to destroy America….