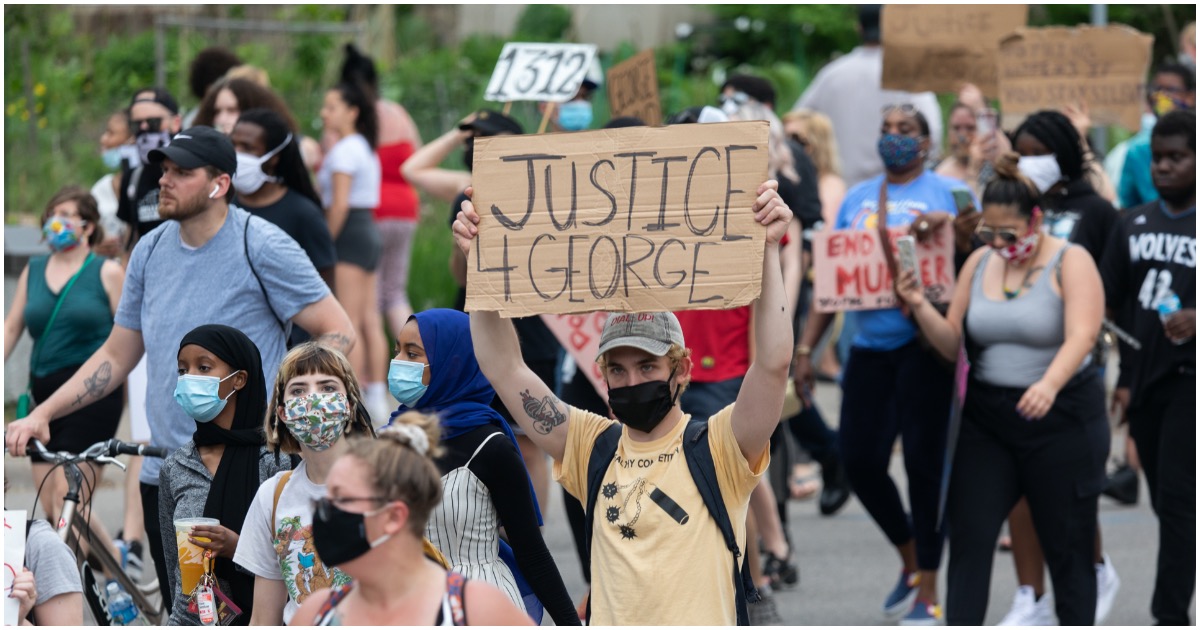 The following article, Liberal Protesters Vandalize One of the Most ‘Sacred Catholic Churches In the World’ (Video), was first published on Flag And Cross.

Whether or not a black man was in the wrong (like Michael Brown), radically far-left protesters will demand “justice” by looting, burning, and badmouthing.

It’s how they do business. No target is off limits.

The graffiti on one wall on Fifth Avenue and 51st Street read “F–k F–k” in red letters. On an adjacent wall, vandals scrawled “BLM” — for Black Lives Matter — along with “NYPDK” in red letters and “No justice no peace” in black letters.

One of the stairs was spray-painted with “George Floyd” in black letters.

New York City tonight: “Protesters” desecrate St. Patrick’s Cathedral — one of the most sacred Catholic Churches in the world. pic.twitter.com/7KHueVmEw6

BREAKING: Video out of Salt Lake City shows a man readying to aim a bow & arrow at demonstrators as he yells “all lives matter” – demonstrators jumped him and then set his car on fire. Police responded. pic.twitter.com/ErGUuygkVs

Breaking: An 8 p.m. curfew is in place for the entire city of Los Angeles tonight.

The curfew was originally issued for downtown Los Angeles but was exteded for the whole city as protests continued throughout. https://t.co/0RWOBr6XIA

George Floyd deserves justice, and this has to stop. But these riots undermine justice for Mr. Floyd. Peaceful protests are a tradition. Lawless rioting must be stopped. The first mayor/governor who shows he or she is serious about ending the violence will be a national hero.

The protest have taken an interesting turn in Los Angeles pic.twitter.com/WVFE0elo8Z

Malcolm Brogdon spoke during a protest in Atlanta today

"I got a grandfather that marched next to Dr. King in the '60s, and he was amazing. He would be proud to see us all here." pic.twitter.com/XFvHXrPqYc

Ariana Grande is in the streets with the people to protest for the #BlackLivesMatter movement. pic.twitter.com/mDZzNNQUbP

Leon County is implementing a curfew to make legitimate protest illegal and to justify police violence toward protesters. This curfew must be immediately rescinded. pic.twitter.com/V9iVAMEHzu

Continue reading: Liberal Protesters Vandalize One of the Most ‘Sacred Catholic Churches In the World’ (Video) ...