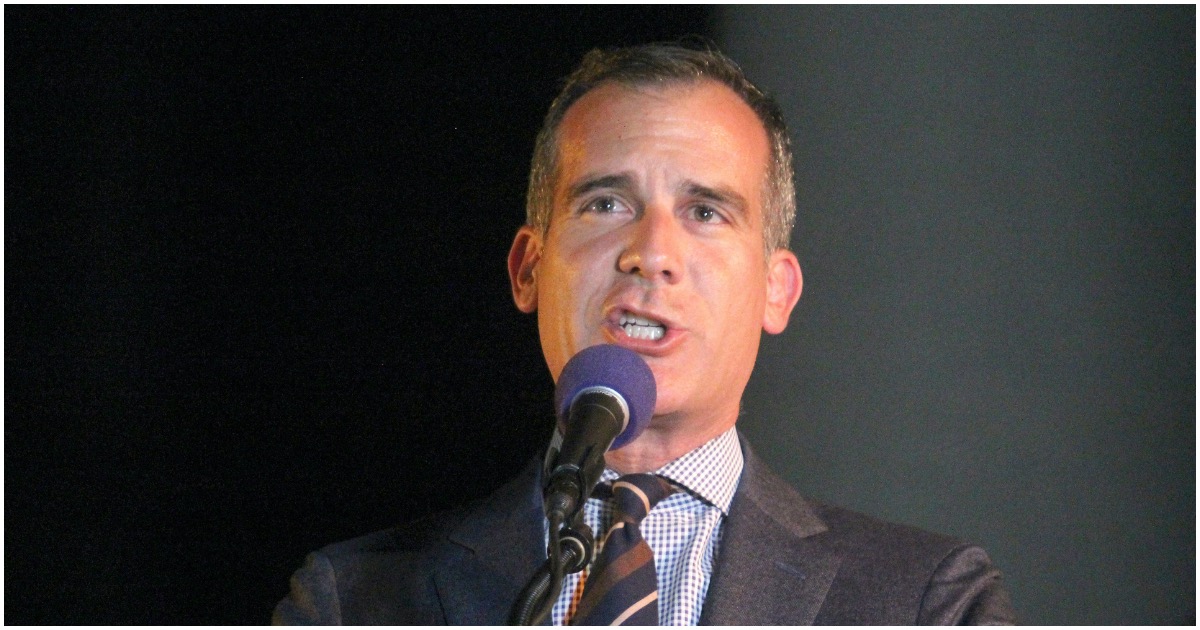 The following article, LA Mayor Says No National Guard Because ‘This Isn’t 1992,’ Then Calls Up National Guard, was first published on Flag And Cross.

Right when businesses started opening back up all around the country, thousands upon thousands of future Joe Biden voters thought it would be best to destroy everything in their path in many major cities.

Is this what George Floyd would’ve called for, considering he preached to young kids to avoid gang culture?

All this rioting and looting amounts to is an excuse to get back at “the man” – NOTHING MORE.

On Saturday, Los Angeles Mayor Eric Garcetti stressed during a press conference pertaining to the ongoing riots that the city would not “call in the National Guard.” A short while later, Garcetti tweeted that “the California National Guard” was coming to LA.

Here’s what Garcetti said at first, “No. I spoke with the governor earlier today. This is not a city – this is not 1992. We’re not going to evoke what happened then and call in the National Guard, but that’s also on all of us. Let’s just all deescalate. We’ve trained police officers to learn more and more about deescalation, and we still have more to do, but all of us as human beings can deescalate. You can escalate without a weapon. You can provoke without a baton. So, let us all deescalate, and no, I do not anticipate in any way needing to call in [the] National Guard. We got this, Los Angeles. Let’s show our better angels.”

The California National Guard is being deployed to Los Angeles overnight to support our local response to maintain peace and safety on the streets of our city.

Perhaps someday those voters will come to realize that the liberal politicians they continue to vote into power over themselves is a mistake. Those dem govs & mayors are not looking after the best interest of their American residents.