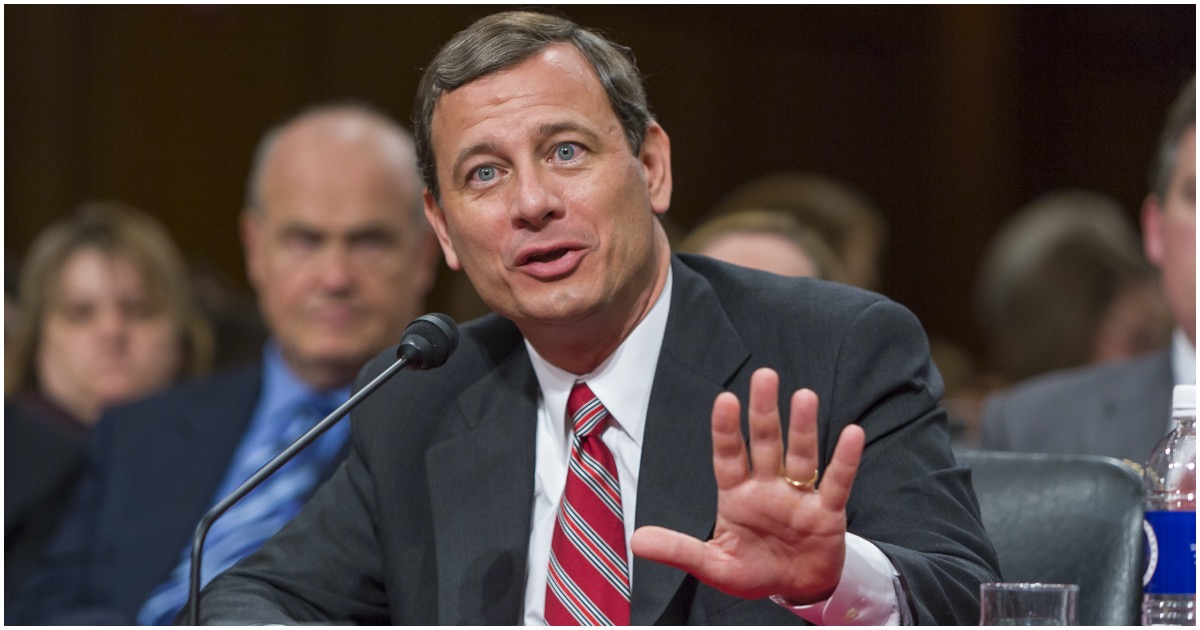 Chief Justice John Roberts has ticked off quite a few conservatives over the years. His latest move on churches and coronavirus isn’t going to help sway those people back in his corner.

WASHINGTON – A deeply divided Supreme Court refused Friday night to allow churches in California and Illinois to reopen during the coronavirus pandemic with more worshippers than state plans permit.

Chief Justice John Roberts, who cast the deciding vote in the more consequential California case announced just before midnight, said choosing when to lift restrictions during a pandemic is the business of elected officials, not unelected judges. He was joined in the vote by the court’s four liberal justices.

Roberts, the only one of the five to explain his vote, compared in-person church services to other forms of assembly. His conservative colleagues who dissented compared the services to secular businesses.

Back in January, Senator Elizabeth Warren (D-MA) asked a question that was so blatantly out of line that it forced Roberts to stare daggers at the failed 2020 Democrat presidential nominee.

Roberts was not thrilled in the slightest and it isn’t hard to see why.

See for yourself, via Daily Wire:

John Roberts was NOT happy with @EWarren's nasty question about whether the legitimacy of SCOTUS (and Roberts himself) would be sullied if there are no witnesses in the Senate trial pic.twitter.com/60fbiME3Db

As @pkcapitol notes, the seeming attack on Roberts came a day ahead of a potential tie vote where Dems have been courting Roberts to intervene. Pelosi very solicitous today; D sens uniformly respectful.

I agree with this. The question reflects badly on Warren. The exchange, however, reflects well on Schiff—as well as on Roberts. https://t.co/whvFp76ren

Video: Major yikes for @EWarren on @CNN just now as panel led by Erin Burnett universally condemned her nasty question about the legitimacy of the Supreme Court and Chief Justice John Roberts being sullied if the impeachment trial ends without witnesses pic.twitter.com/Noj9QnOQ4I

IMPEACH Chief JUDAS, John Roberts. Again and again, he has voided the Constitution and Bill of Rights. We MUST RID the Supreme Court of this disaster, even greater than was Chief Justice Earl Warren! The Constitution MUST BE PROTECTED from the EVIL of LIBERISM!

Damn democrat Bizarro loon Judge….! must have a had a sex change….! cut off his wee-wee’s and they sewed a twat on it’s tranny crotch ….!

Roberts has two adopted children and Obama used something about this adoption to blackmail him
to change his vote on ObamaCare. Someone needs to get to the bottom of this and if Roberts did
something wrong about his children’s adoption, then he must resign from the court so President
Trump can put someone on there that we can trust to vote using the constitution and not his liberal views.

Wondering how the conservatives responsible for Roberts being on the supreme court ever got the idea he was a conservative? Seems he should be considered a obama judge.

You can blame G.W. Bush for Roberts being on the Supreme Court. Shows you he can not tell
who is a conservative and who is a liberal, like him.