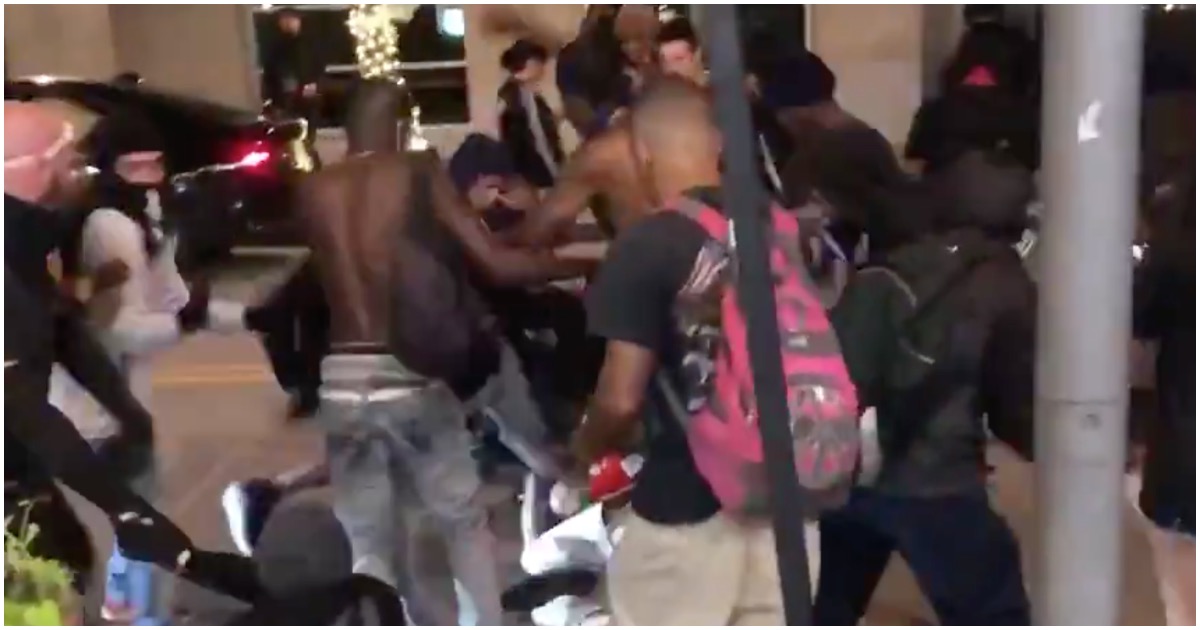 What sense does it make to beat up on people who had nothing to do with a particular incident? These George Floyd rioters and looters are nothing but bullies who want attention.

They’re bored. They weren’t given enough attention as children – or maybe too much. And now, innocent Americans are paying the price.

In Dallas, a business owner was severely beaten by wild thugs simply for protecting his business.

StoryWarrant just can’t get the StoryStraight! Those were NOT “Protestors”, they were “RIOTERS”! Apparently, you don’t know the difference. The first brick thrown, the first police officer attacked, the first glass window broken, the first fire, the first looting ALL TRANSFORM a PROTEST to a RIOT. ALL the former “Protestors” IMMEDIATELY become complicit in a RIOT!

Oh, that’s rights, those criminals are “merely expressing their displeasure”; and getting themselves a new TV in the process??