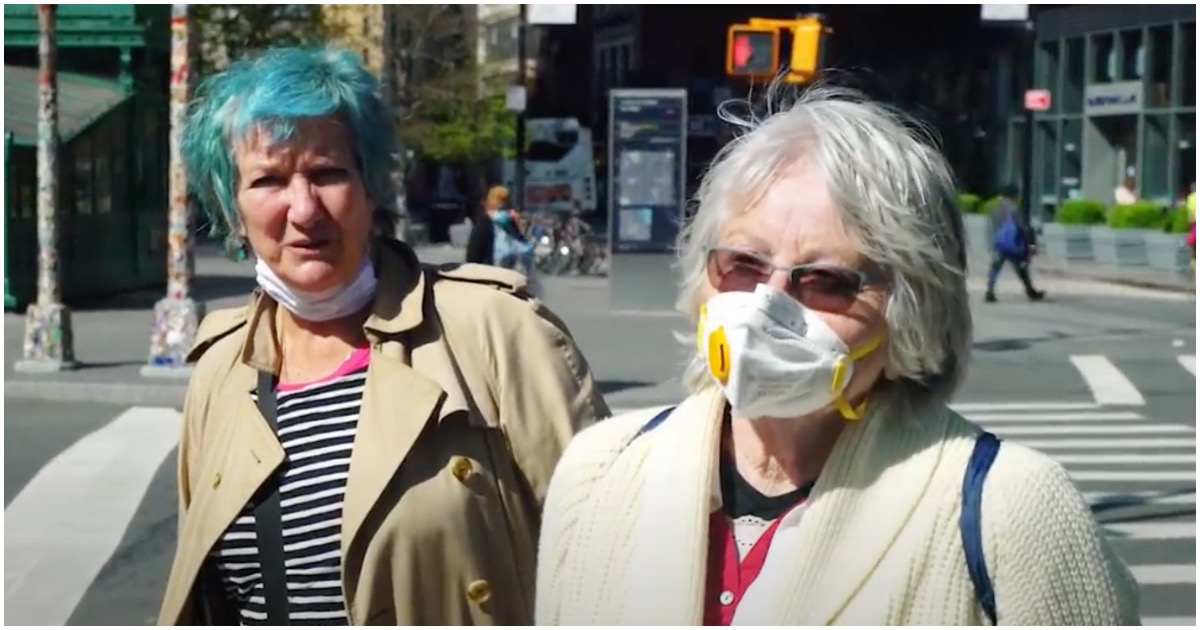 The following article, New Yorkers Say Believe All Women — Except for ‘Despicable’ Tara Reade, Agent of Trump, was first published on Flag And Cross.

Hypocrisy is spelled d-e-m-o-c-r-a-t. If liberals were honest with themselves, they would admit this blatantly obvious fact. Then again, 11 out of every 10 lefties live in denial of some sort.

Check out the latest from Ami Horowitz, via TDW:

On Friday, Ami Horowitz released a new video in which he interviews people on the streets of New York City (specifically the East Village) about the #BelieveWomen ideology.

Horowitz ponders, “Believe all women has been the mantra of the Left since the Kavanaugh hearings. But do they really believe that?”

An elderly woman tells Horowitz that it is “absolutely important,” and that nobody believed her. She then tells him that she spent “35 years in jail for killing” the person who abused her. “So I have very strong feelings.”

When asked about Tara Reade, the same woman said: “I think she’s an employee of Trump […] I think she’s despicable.”

In his latest digital short, filmmaker Ami Horowitz took to the unusually empty streets of New York City, the epicenter of the coronavirus pandemic, to ask residents if they would be willing to “make a deal”: have the country suffer a longer, more severe crisis if it means that Donald Trump will definitely lose the election. A majority of the people Horowitz talked with said it was a “hard” decision, but opted for a more damaging, deadly pandemic just so long as Trump is defeated in November.

After a man with a shaved head responds, “I want him gone,” Horowitz presses, “Okay, no matter what?” “No matter what, yeah,” the man says.

No doubt about it. In a perfect world there wouldn’t be any liberals.