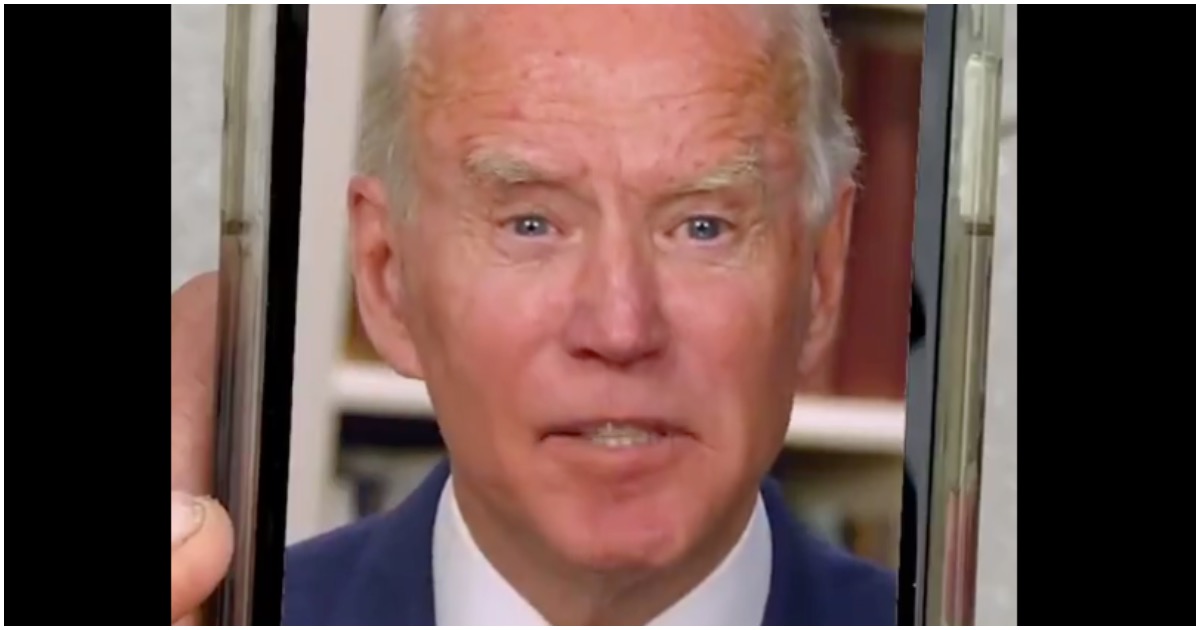 The following article, Video: Joe Biden Scolds Reporter For Not Wearing A Mask On An Empty Street [Watch], was first published on Flag And Cross.

Despite his blatant shortcomings upstairs, Hollywood, the mainstream media, and Congressional Democrats continue to do everything in their power to ensure Joe Biden becomes president.

If the former VP can get past Trump in November’s general election, there’s plenty of reason to assume Joe’s administration would lack as much transparency as that of Obama’s.

Stan Greenberg, one of the Democratic Party’s longtime leading pollsters, urged Hillary Clinton in 2016 to pick Elizabeth Warren as her vice president. He thinks Clinton would be president had she listened.

.@JoeBiden chastized a reporter for not wearing a mask on an empty street in his TikTok debut. pic.twitter.com/vCrcVgaq4S

This next clip is pretty ironic, Joe!

Joe Biden today: "You need to wear your mask outside. I don't care if you're just walking your dog."

Here’s what a former Democrat governor thinks of the Biden campaign v. Trump campaign, when it comes to Latino outreach — via The Daily Wire:

Former New Mexico Governor Bill Richardson (D) is among a growing number of activists and Democratic politicians who have expressed concern that the Biden campaign has not been sufficiently reaching out to Hispanic voters.

But the former hispanic governor has gone a step further, saying that the Trump campaign is actually doing a better job at Hispanic outreach than presumptive Democratic nominee Joe Biden, according to Politico.

Richardson said, “The Trump Hispanic effort is much more active. If we go to 58 or 57 percent with Hispanics, we’re in trouble.“