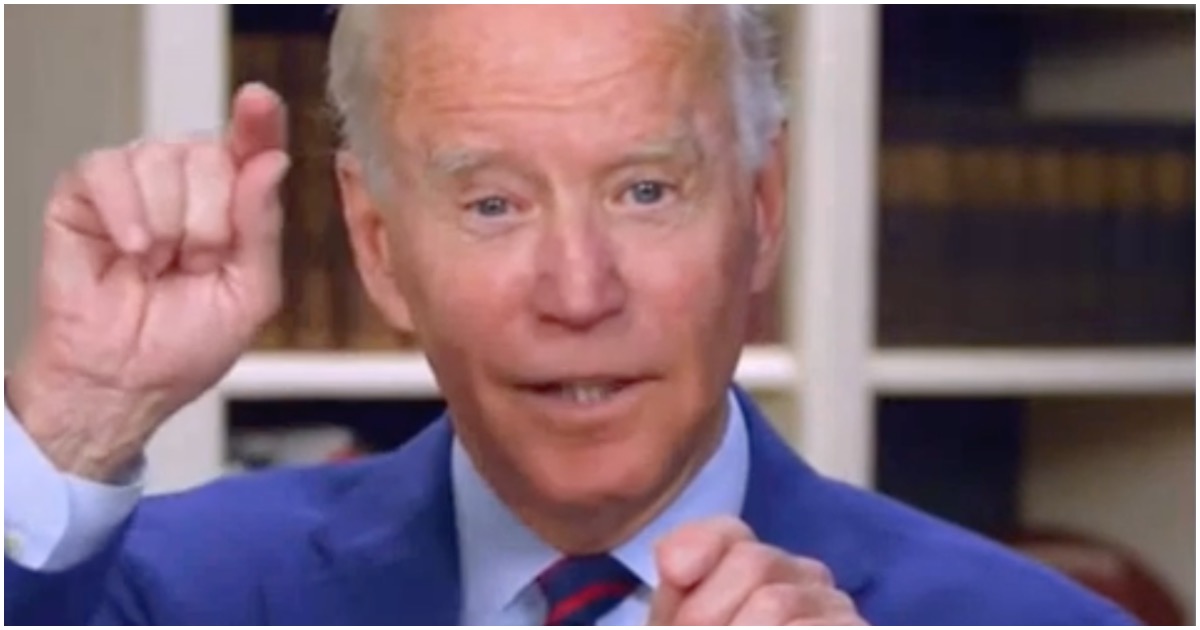 How is it that news about Tara Reade seems to have disappeared so quickly? Do you get that same impression? Was she making the whole thing up or did the media suppress her story so much that nobody cares?

Check out the latest ridiculous gaffe from the man who wants to run the free world.

Joe falsely claimed, “We declared our independence on December the 7th. It’s not just D-Day.”

Joe Biden announced at a fundraiser Wednesday evening that he hopes to name his running mate around August 1.

Previously, the presumptive nominee had said only that he hopes the vetting process for his vice presidential pick will be done by July.

.@JoeBiden: "Trump is out there tweeting again this morning, I call him President Tweety: 'Reopen the country.' How are we supposed to do that if you're sitting on the money small businesses need in order to stay alive?" https://t.co/5jMuL95Upx

“President Tweety” is exactly the type of high quality nickname that you would expect to come from someone who uses the phrase "lying dog-faced pony soldier" like it's a normal thing to say.

Biden recently said he did not sexually assault former staffer, Tara Reade. Reade says Joe is lying and that she was assaulted.

During an interview with former Fox News and NBC host Megyn Kelly, Reade said she would testify under oath.

MK EXCLUSIVE: Will Tara Reade go under oath or take a polygraph? pic.twitter.com/aBXohhg14n

LOL…the best the coonRAT party has to offer.

Now you all quit picking on old china joe. After all, he is the best the democrats could come up with.

Uncle Joe is for-ever Constipated…..! He believes he had a Bowel Movement each and every morning….! His House Nurse say’s his last dump was two weeks ago…..!