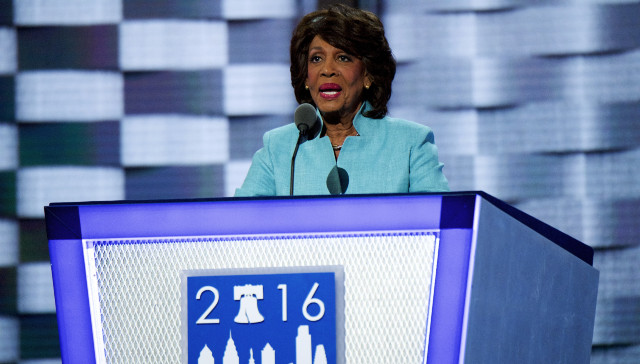 Rep. Maxine Waters has once again put her hatred for President Donald Trump on full display, going full swing in an attack against him by blaming his death at the hands of a police officer as being directly related to his conduct.

This, ladies and gentlemen, is a huge leap in logic that we’ve somewhat grown accustom to from Waters, who is desperate to pin something, anything, on Trump in order to help damage his chances of being reelected come November. How effective her strategy is remains to be seen.

In a video that was obtained earlier this week by TMZ, Waters said, “My first thought was not again, not one more killing. And I’m reflecting on all of the killings of young black men in particular, but of course black women too, at the hands of the police and at the hands of, you know, these white supremacists.”

Waters, a Democrat from California, continued: “And I’m thinking about the way that the president conducts himself. In a way, he’s dog whistling, and I think that they’re feeling that they can get away with this kind of treatment. And I’m just so sorry about the loss of another life.”

On Monday, 46-year-old George Floyd died while in police custody after officers responded to a call of someone using counterfeit money to make a purchase at a convenience store.

Video taken at the scene of the incident shows an officer holding Floyd down on the ground by putting his knee on his neck as the man pleads with the officer to get off of him, informing him he can’t breathe.

The four officers who were involved in the situation have been terminated from their positions on the police force. The mayor of Minneapolis has asked that the individual officer who had his knee placed on Floyd’s neck be charged with murder.

“I think that the officer who had his knee on his neck enjoyed doing what he was doing,” Waters stated. “I believe sometime some of these officers leave home thinking, ‘I’m going to get me one today.’ And I think this is his one that he got today.”

The incident has caused massive rioting and looting in the city of Minneapolis, with businesses actually being burned to the ground.