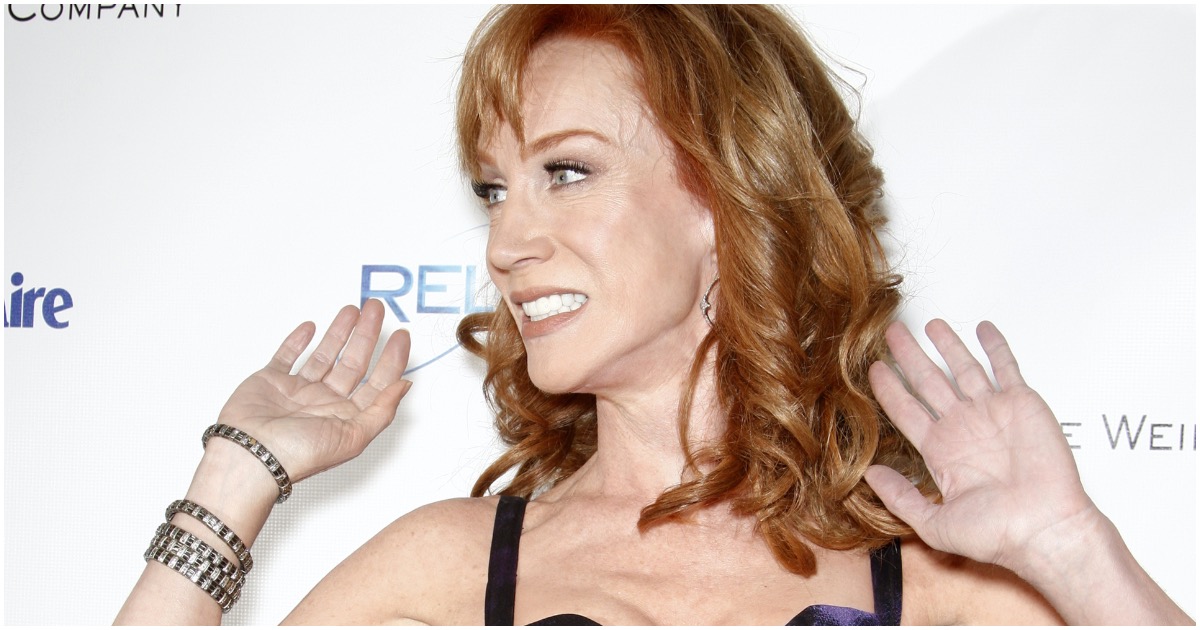 The following article, Kathy Griffin Sends Veiled Death Threat Trump’s Way, Then Keeps Doubling Down When Called Out, was first published on Flag And Cross.

Kathy Griffin was actually told by the liberals at Twitter to take down her Wednesday post about President Trump. That’s not something you hear often.

Makes you realize how truly awful her words really were.

On Wednesday, a Twitter spokeswoman confirmed to the Washington Examiner that Griffin’s original tweet violated its rules on abusive behavior, saying, “We’ve required the account owner to delete it before continuing back to Twitter.”

LOOK (screenshot, because it appears the tweet was deleted):

And then she doubled down…

Go fuck yourself. Do you wanna tussle with me, you fucking amateur?#100ThousandDead https://t.co/pFN5SSxMiZ

Twitter determined Kathy Griffin did NOT break the terms of service with this tweet where she encourages someone to kill @realDonaldTrump. They won’t take action because "she’s not telling people to go do it."

They said this despite the fact she‘s clearly advocating for it. pic.twitter.com/dChHDNKXrk

The standup comedian, whose career went belly up after a photoshoot where she was seen holding up the bloody, severed head of Trump, posted a tweet featuring a photo of some Covington High School basketball players holding up their hands in what SHE claimed was a “Nazi” hand signal.

Griffin’s attack quickly fell apart, though, when people – including her liberal friends –began replying to her tweet with images of black players holding their hands in the exact same way the Covington players had.

She soon deleted the tweet, but not before other users saved the image.

But before she deleted it, Griffin was inundated with folks telling her that her accusation is idiotic.

Washington Examiner writer Siraj Hashmi, for instance saved several replies to Griffin noting that the tweets were a “bipartisan dunking on Kathy Griffin, a tradition unlike any other.”

bipartisan dunking on kathy griffin, a tradition unlike any other pic.twitter.com/oqJncUYkbG

Indeed, as Leftist MSNBC host Chris Hayes noted in his reply, the hand signal “almost certainly” meant that a player had achieved a three-point shot.

There are any number of photos showing players — especially in basketball — celebrating by displaying the three-point-shot hand signal.

If she had of done something like that to the nigger, she’d a been in leg irons before the sun set.

Fugly Beast along with AbiDildo Acosta need to be sued into oblivion….!