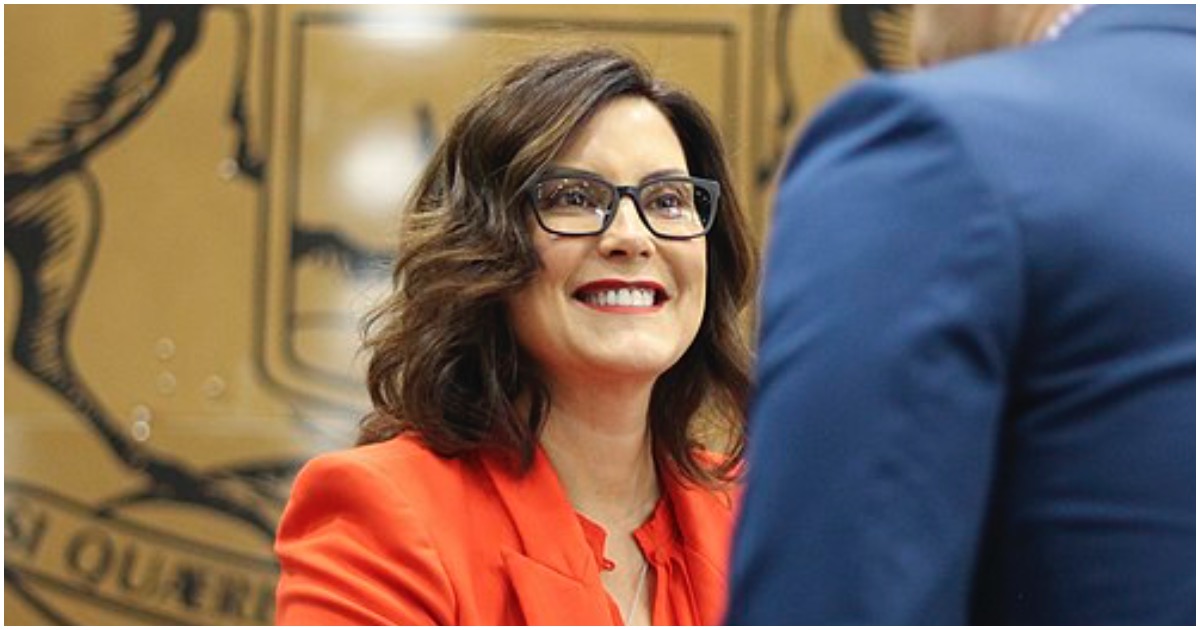 The following article, Dem Governor’s Husband Demanded Special Treatment After Whitmer Told People to Stay Away From Lake, was first published on Flag And Cross.

Michigan Governor Gretchen Whitmer (D) seems to be making headlines for all the wrong reasons, as of late. Therefore, it only makes sense that Joe Biden’s team is considering her for VP.

Check out what Whitmer’s husband was recently caught doing, via Detroit News:

The owner of a Northern Michigan dock company says Gov. Gretchen Whitmer’s husband wanted his boat placed in the water before the Memorial Day weekend as Whitmer urged residents not to rush to the region.

No longer visible to the public, Facebook posts from NorthShore Dock LLC and its owner, Tad Dowker, focused on what Dowker said was a request last week by Whitmer’s husband, Marc Mallory. The posts have drawn the attention of Republican state lawmakers, who said the Democratic governor’s family may not be following her guidance for the rest of the state.

And the Facebook page went kaput.
The company employee should not have spilled the beans about his phone call w/Gov's husband. But they explained the situation and hopefully won't receive backlash from the incident. Everyone should be able to now enjoy the #PureMichigan water. pic.twitter.com/mAD4DopNSp

NorthShore Dock LLC later wrote a post about the incident, saying: “We simply let him know— Sorry, we have a lot going on with very little time to get it done. We will get you in line to install as soon as we can, ALL our customers are valued and we cannot place you in front of others who scheduled earlier.”

Whitmer also faced intense backlash after her administration awarded taxpayer-funded coronavirus stimulus funds to Democrat groups, a move that she later canceled. Later, when pressed about the issue at a press conference, Whitmer had to read from notes as she refused to identify who made the decision to award the contracts to those groups.