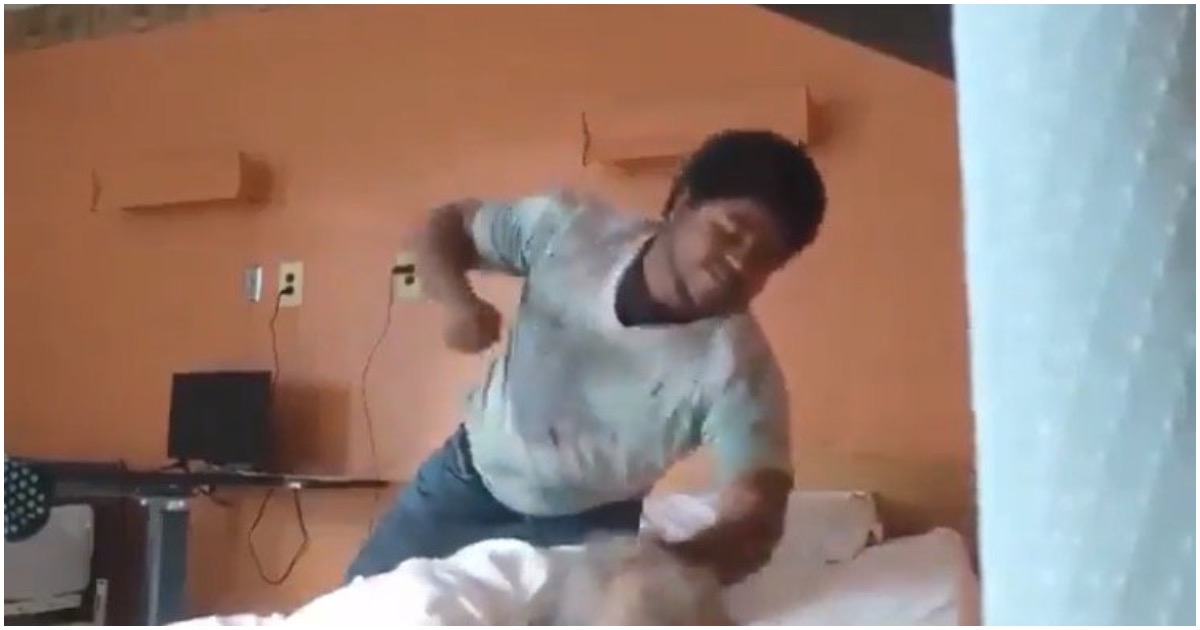 The following article, Man Who Beat Elderly Vet In Viral Video Was Sent to Nursing Home for Being COVID-19 Positive, was first published on Flag And Cross.

If you haven’t yet seen the viral video of a 20-year-old man lighting up a 77-year-old man in his nursing home bed, it is pretty tough to watch. You can view it below.

It turns out there’s more to the story. Another beating? The man has autism?

Check this out, via Fox2Detroit:

DETROIT (FOX 2) – The video of a 20-year-old brutally beating an elderly patient at a Detroit nursing home has gotten national attention – and even the President has weighed in. Now police are investigating a possible second incident caught on camera while the young man’s father says there’s more to the story.

He said his son called 911 and was taken to a mental health facility in Ann Arbor. Last Wednesday, he was diagnosed with COVID-19 and said he was supposed to be taken to another facility to be quarantined.

Absolutely shocking footage has emerged from a black male nurse from Detroit (Jadon H.), who filmed himself beating elderly white men into a bloody pulp.

After seeing the video, the victim’s family says they were horrified and are now trying to process what happened and gather information.

The Army veteran is now at a local hospital.

Continue reading: Man Who Beat Elderly Vet In Viral Video Was Sent to Nursing Home for Being COVID-19 Positive ...