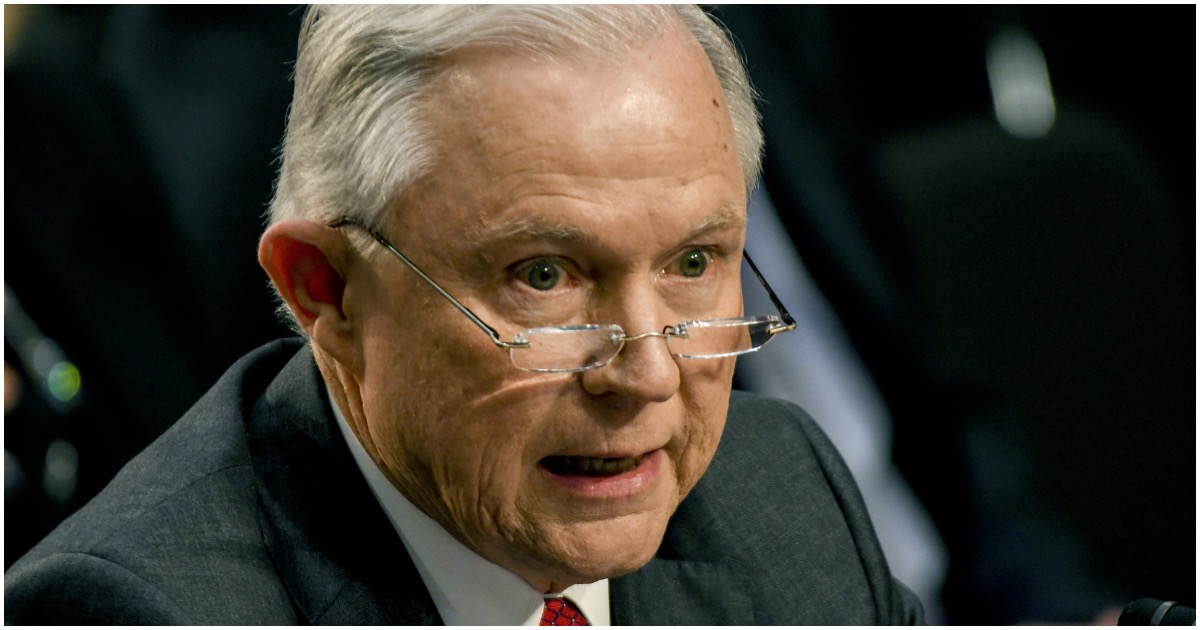 The following article, Sessions Fires Back, Tells Trump He’s ‘Damn Fortunate’ I Recused Himself From Russia Probe, was first published on Flag And Cross.

Former Auburn college football coach Tommy Tuberville is taking on former Attorney General Jeff Sessions to represent the people of Alabama in the upper chamber of the US Congress.

Sessions, for whatever reason, wants to go back to being a senator after being canned as AG for recusing himself from Mueller’s Russia investigation.

President Trump has let Jeff know for a good long while how he feels about what he did.

3 years ago, after Jeff Sessions recused himself, the Fraudulent Mueller Scam began. Alabama, do not trust Jeff Sessions. He let our Country down. That’s why I endorsed Coach Tommy Tuberville (@TTuberville), the true supporter of our #MAGA agenda! https://t.co/pCi7jftce2 https://t.co/sAn1VbxNwc

.@realdonaldtrump Look, I know your anger, but recusal was required by law. I did my duty & you're damn fortunate I did. It protected the rule of law & resulted in your exoneration. Your personal feelings don't dictate who Alabama picks as their senator, the people of Alabama do. https://t.co/QQKHNAgmiE

Tuberville's a coward who is rightly too afraid to debate me. He says you're wrong on China & trade. He wants to bring in even more foreign workers to take American jobs. That's not your agenda and it's not mine or Alabama's. I know Alabama. Tuberville doesn't.

The entirety of Mueller’s team (and hopefully, Rep. Adam Schiff (D-CA) could soon be in some big trouble.

Rep. Devin Nunes, R-Calif., the top Republican on the House Intelligence Committee, vowed to pursue multiple new criminal referrals amid the ongoing fallout of bombshell revelations in the Justice Department’s handling of the Russia probe.

Referring to former special counsel Robert Mueller, Nunes said: “We’re looking at doing criminal referrals on the Mueller team, the Mueller dossier team, the Mueller witch hunt, whatever you want to call it. That’s where we are now in our investigation.” Nunes made his remarks in a special new episode of Fox Nation’s “Witch Hunt,” hosted by Fox News legal analyst Gregg Jarrett.

GO AWAY LOSER. DUMB-ASS. You created the environment to allow all of this Witch Hunt crap begin. Now you want back in? Your bread rough JO? Not enough scratch to maintain your high-life ? The answer is NO, you are never going to get back into the Republican (Trump) party. Fool.

Jeff Sessions was a HUGE disappointment. He should NEVER have accepted the job of AG if he didn’t have the balls to stand up to the Democrat MOB. He didn’t – END OF STORY. The least he could have done was to RESIGN, rather than being a piece of “furniture”. Now, he want’s to go back to the Senate where he can comfortably “vegitate”. NO WAY. We have enough Republican eunuchs in Congress!

The real reason Jeff Sessions recused himself was because he was scared of the Mueller team. Jeff Sessions needed to stand up to the Demogods and tell them, yes he did meet with the Russian Ambassador to the US in his job as a Senator, but that does not prove he was part of any team to collude with Russia. I know he recused himself before the Mueller team was authorized, but it would not surprise me to see he was part of the Establishment’s push to get rid of President Trump. As Presdient Trump has said, “I do not… Read more »