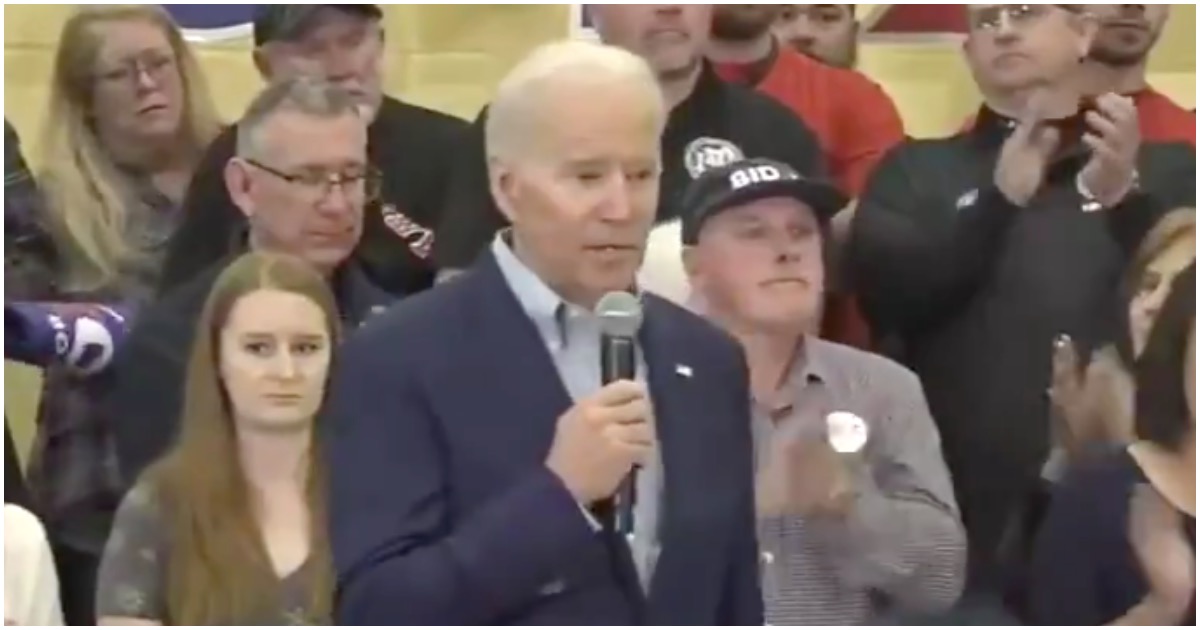 The following article, Flashback: Biden Again Says ‘DACA Students Are More American Than Most Americans’, was first published on Flag And Cross.

2020 Democrat presidential hopeful Joe Biden seems to know exactly what to say to make sure nobody outside of California and New York will vote for him. And honestly, he seems proud of it.

On Monday, the former vice president and already twice-failed presidential candidate repeated a line about DACA illegals that commanded a strong response from conservatives on Twitter. It’s a facepalmer, that’s for sure.

You’ll just have to listen for yourself…

“These DACA students are more American than most Americans are.”https://t.co/wXKJRBz7QA

So someone who came here illegally with illegal parents is more American than the rest of us. I would like a refund on all my taxes.

That’s totally a good way to win over middle America….

And but of course. The non-Americans now make up a large portion of the democrats voting base, along with dead people.