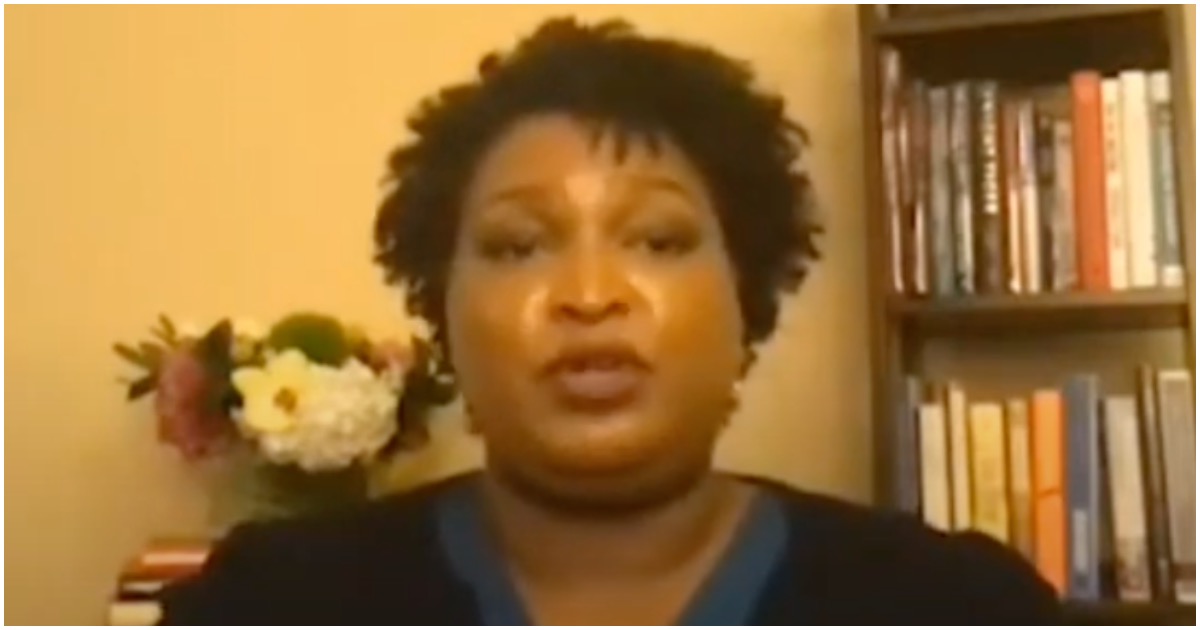 The following article, Stacey Abrams Upset That Illegals Aren’t ‘Able to Elect Anyone Who Represents Them’, was first published on Flag And Cross.

We all now that failed Democrat gubernatorial candidate Stacey Abrams has said some pretty goofy things over the years. And yet, what she said on Thursday might just take the cake.

A Biden/Abrams administration would be terrible for America, but it sure we be pretty hilarious to see play out.

Stacey Abrams wants illegal aliens to be able to vote because it would balance “white people.” If she is Joe Biden’s running mate, she will be president within a year, if he’s elected. Watch for yourself. pic.twitter.com/cTdvVe0xjl

Stacey Abrams, a former Georgia lawmaker and unsuccessful candidate for governor, has been privately calling Democratic power brokers, asking them to tell Biden campaign officials that she should be vice president, according to multiple labor leaders familiar with the discussions.

Elizabeth Warren is cranking up her small-dollar machine. The Biden campaign has noticed that in media appearances, Warren, the progressive senator from Massachusetts, consistently plugged JoeBiden.com and urged people to donate — an appeal that a Biden adviser said did not come from the campaign.

Other prospects are following different routes. Kamala Harris is exhibiting her party-building credentials, scheduling virtual events with Senate candidates in Maine, Montana and South Carolina and setting up a joint fundraising operation with the Democratic National Committee. And the California senator is engaging in the kind of outreach that could be valuable to a white, male, 77-year-old nominee — writing an op-ed in Refinery 29, whose target audience is young, progressive women, and doing press reaching young black and Asian American people.

On Sunday, a stunning clip featuring Abrams from 2014 was uncovered.

For some reason, Stacey believes she’ll be sitting behind the resolute desk by 2040:

Continue reading: Stacey Abrams Upset That Illegals Aren’t ‘Able to Elect Anyone Who Represents Them’ ...

Maybe Stacey Abrams should go to Mexico, or Central America to represent all those illegals.