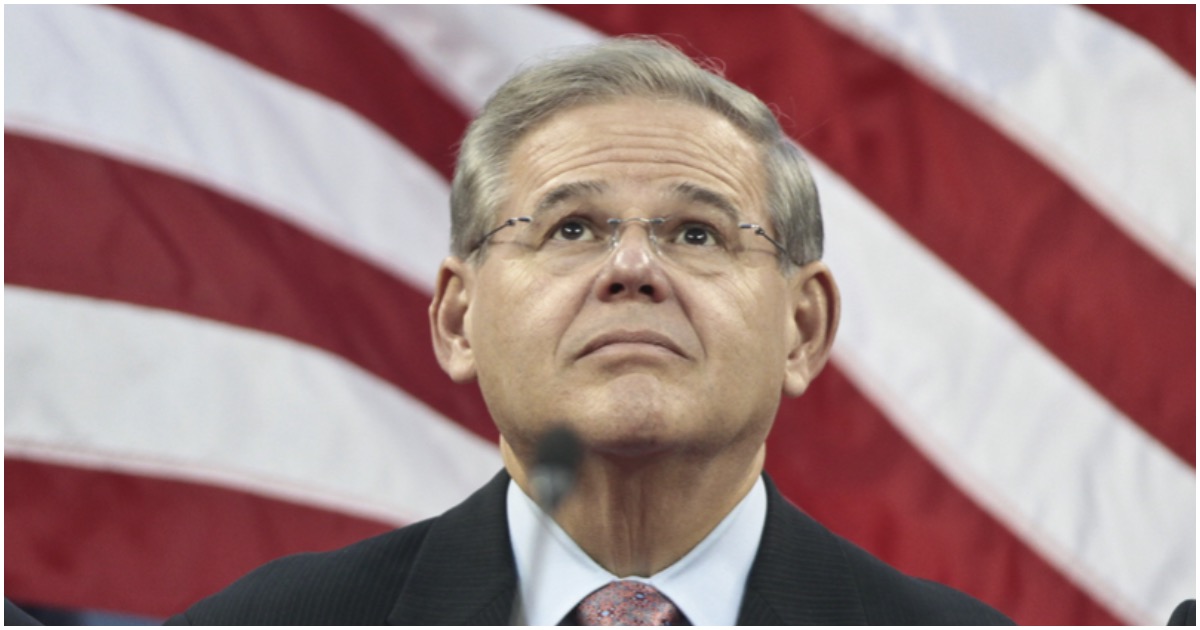 The following article, IG Investigation Leaks Coming from Democrat Menendez, Senator Who Was Criminally Prosecuted, was first published on Flag And Cross.

The reason Mike Pompeo has hung around so long in the Trump administration (first as CIA director, now as Secretary of State) is because he’s not afraid to call it like he sees it – and POTUS loves it.

Check this out, via National Review:

Secretary of State Mike Pompeo on Wednesday defended the firing of the State Department’s inspector general and took aim at Democrats investigating him over the decision, singling out Senator Robert Menendez for particularly harsh criticism.

President Trump fired Inspector General Steve Linick on Friday at Pompeo’s recommendation, saying in a letter to House Speaker Nancy Pelosi that he had lost “confidence” in the State Department’s internal watchdog.

Pompeo said, “In this case, I recommended to the president that Steve Linick be terminated. Frankly should have done it some time ago.”

Sec. Pompeo on Sen. Bob Menendez: "I don't get my ethics guidance from a man who was criminally prosecuted. Case #15-155." pic.twitter.com/F4A9P2FzWa

Check out Bob in Puerto Rico in January 2019…

Spotted: Sen. Bob Menendez on the beach at a resort in Puerto Rico on Day 22 of the partial government shutdown. Reports say dozens of Dems are in PR for the CHC BOLD PAC winter retreat — including meetings on Maria cleanup, and a party with PR’s “Hamilton” cast. pic.twitter.com/6FaBYKPo4L

Democrats in Puerto Rico this weekend; partying with cast of Hamilton #Historyhasitseyesonyou https://t.co/WxiMOSM4pi

I will be interviewed by Jeanine Pirro at 9:00 P.M. on @FoxNews. Watch @JesseBWatters before and @greggutfeld after. All terrific people. I am in the White House waiting for Cryin’ Chuck and Nancy to call so we can start helping our Country both at the Border and from within!

Hillary Clinton is a self-described feminist. Yet, she campaigned for Menendez in 2016, a man “who was nearly convicted of corruption and who has long been dogged by allegations of sexual impropriety.”

Hillary Clinton, now a self-declared “feminist icon” and “believe all women” activist, is traveling to New Jersey this weekend and apparently is leaving her sense of irony at home — she’s hosting a fundraiser for embattled Senate Democrat Bob Menendez who was nearly convicted of corruption and who has long been dogged by allegations of sexual impropriety.

On the mistrial, per Reuters:

The corruption trial of New Jersey’s Democratic U.S. Senator Bob Menendez ended in a mistrial on Thursday, after the jury said it was hopelessly deadlocked on bribery, fraud and other charges.

It was a shame that Republican Bob Hugin lost to Menendez.

It was mostly expected given how blue New Jersey is, but a shame nonetheless.

Why he was rewarded with another term is anyone’s guess, but the fact that people chose to look beyond Menendez’s problems says a lot.

What’s crazy is that a juror from Bob’s corruption trial attended his victory party.

A little weird, no?

Among the supporters tonight ⁦@SenatorMenendez⁩’s HQ is Evelyn Arroyo-Maultsby, a juror on his federal corruption trial. She achieved some fame when she left the jury last year during deliberations to go on vacation. She would’ve voted for acquittal. ⁦@northjersey⁩ pic.twitter.com/mVNSJdwGtK

That is the Democrat logo, corruption, lying and cheating. They will do and say anything to get power or retain power. Nothing is beyond what they will do.

Aw, for lack of justice, old bob isn’t doing his leaking from within a prison cell.