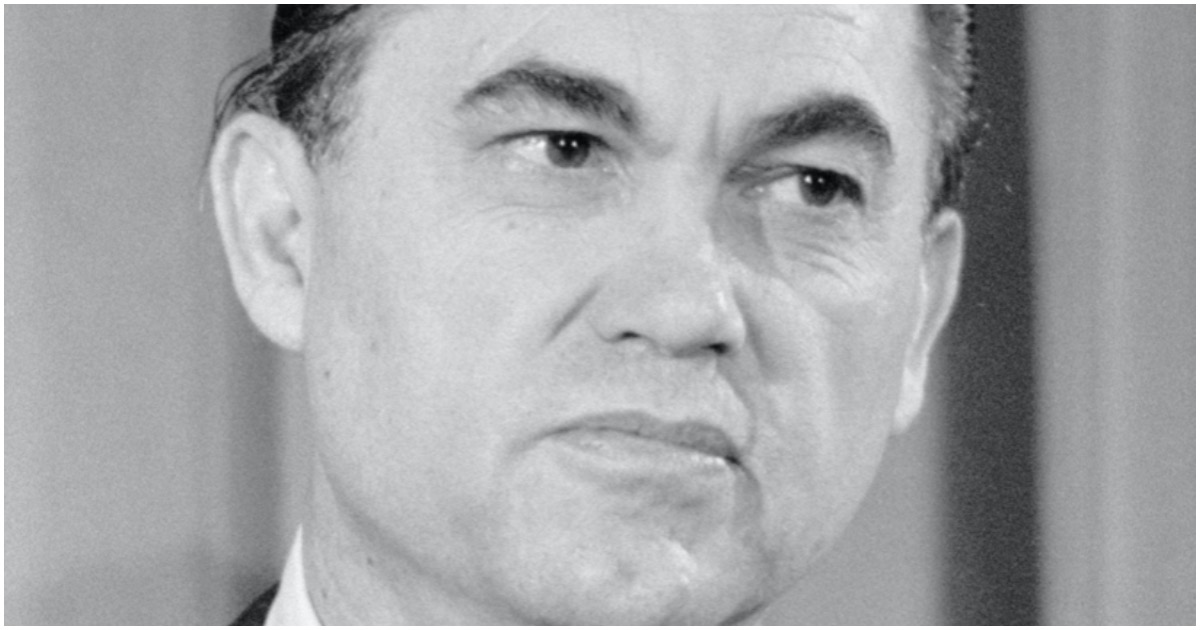 The following article, GQ Magazine Thinks Segregationist George Wallace Was GOP, Don’t Know He Was Democrat, was first published on Flag And Cross.

“Segregation now, segregation tomorrow and segregation forever.” Those were the infamous words of Democrat Governor George Wallace, back in 1963.

But don’t tell that to the folks over at IQ…I mean, GQ Magazine. They think segregationist George was a Republican.

This is the equivalent to believing that Bugs Bunny is an alligator.

Former Alabama Governor George Wallace, the famed segregationist who once ran for president, was apparently Republican, according to GQ Magazine.

In a hilarious op-ed written by author Laura Bassett, Wallace was characterized as a Republican who initially supported abortion rights so that there would be fewer children for the government to support. Just one problem: George Wallace was a Democrat who never switched to become a Republican.

After severe blowback and mockery online for the historically inaccurate description of Wallace, GQ updated the piece to clarify that he was a Democrat who later became “far-right” while going as far to compare him with President Trump.

Correcting that error but it's not remotely the foundation of the piece. As I said, and as many others have noted, this was the strategy of Jerry Falwell and Paul Weyrich, an evangelical and a conservative strategist.

The “correction” that reveals the lie at the heart of a pile of lies. Yes, racist George Wallace was a Democrat. KKK founder Nathan Bedford Forrest was a Dem. The authors of Jim Crow were Dems. And Dems today seem not at all concerned about the millions of black children aborted. https://t.co/E1kFcPSTAS

2/x Also, Margaret Sanger—founder of Planned Parenthood, Dem’s hero & racist eugenicist—wrote “We should require mandatory sterilizations of those less desirable” & she wrote “We do not want word to go out that we want to exterminate the Negro population.“ https://t.co/ArGbdkI8qn

So #abortion supporters are claiming Norma McCorvey, the Jane Roe of Roe v Wade, wasn't sincere in her conversion.
She was
I was her spiritual guide for 22 years, received her into the #Catholic Church, kept regular contact, spoke w her the day she died, & conducted her funeral.

written by another CORRUPT lazy dem all he had to do was ask anyone from bama/until not many yrs. ago Alabama was a 1 party state all democrat til they finally understood dems only used them the same way they used both races by sowing discord among races & dems were both dishonest & corrupt have always done what would fill their pockets & get them elected if not an election yr they are nowhere to be found

Same as so many liberals either don’t know or refuse to acknowledge that it was the democrats that formed the KKK after the civil war results freed their slaves.