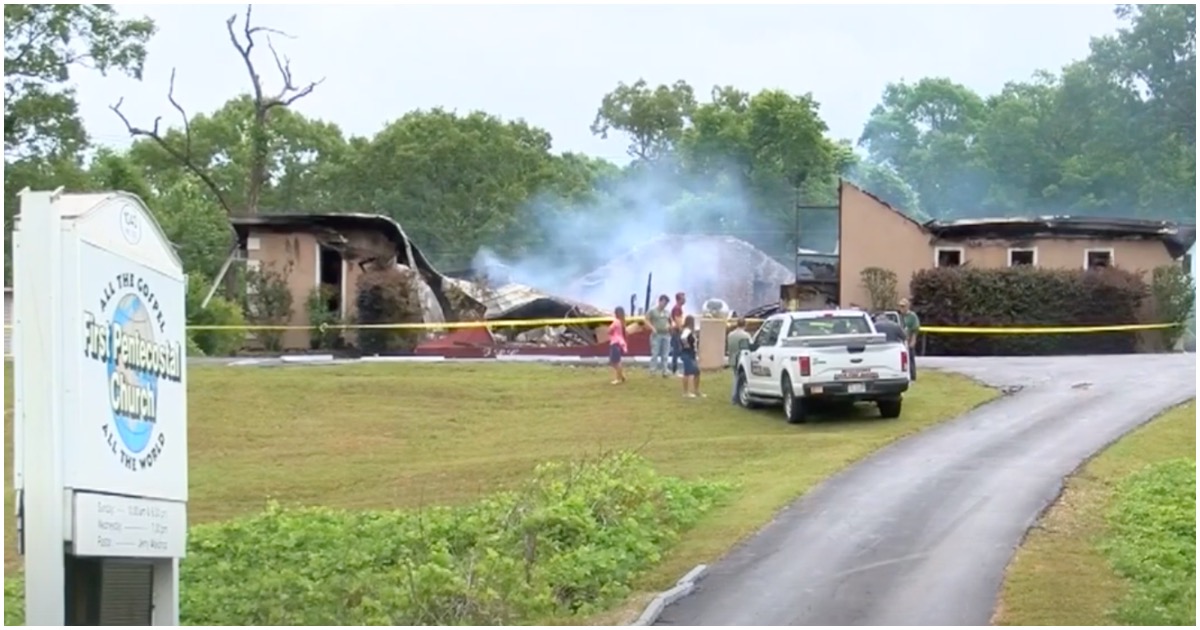 The following article, Church Sued to Avoid Social Distancing Rules, Then An Arsonist Set It On Fire (Details), was first published on Flag And Cross.

The war on Christianity continues. Whether some people are willing to admit it yet or not, this very clearly looks like a case of a radical liberal burning down a Pentecostal church because he/she/they/it disagreed with the church’s position on social distancing.

See what you can glean, via USA Today:

HOLLY SPRINGS, Miss. – A church in Mississippi was destroyed by a suspected arson fire, about a month after its pastor filed a lawsuit challenging the city of Holly Springs on gathering restrictions amid the coronavirus outbreak.

First Pentecostal Church in Holly Springs, Mississippi, burned down Wednesday morning, news outlets reported. When investigators from the Marshall County Sheriff’s Office got to the scene, they found graffiti in the church parking lot that read: “Bet you stay home now you hypokrites.”

Pastor Jerry Waldrop said, “We’ve kind of racked our brains and we have no idea. No enemies that we know of. We don’t know anyone that we even think could be capable of doing something like this.”

Imagine being arrested for letting your kids play at the park. That’s how crazy things are getting.

Sara Brady, 40, was arrested and charged with one count of misdemeanor trespassing.

This has gotten out of control

Stop arresting free Americans for being outside with their families