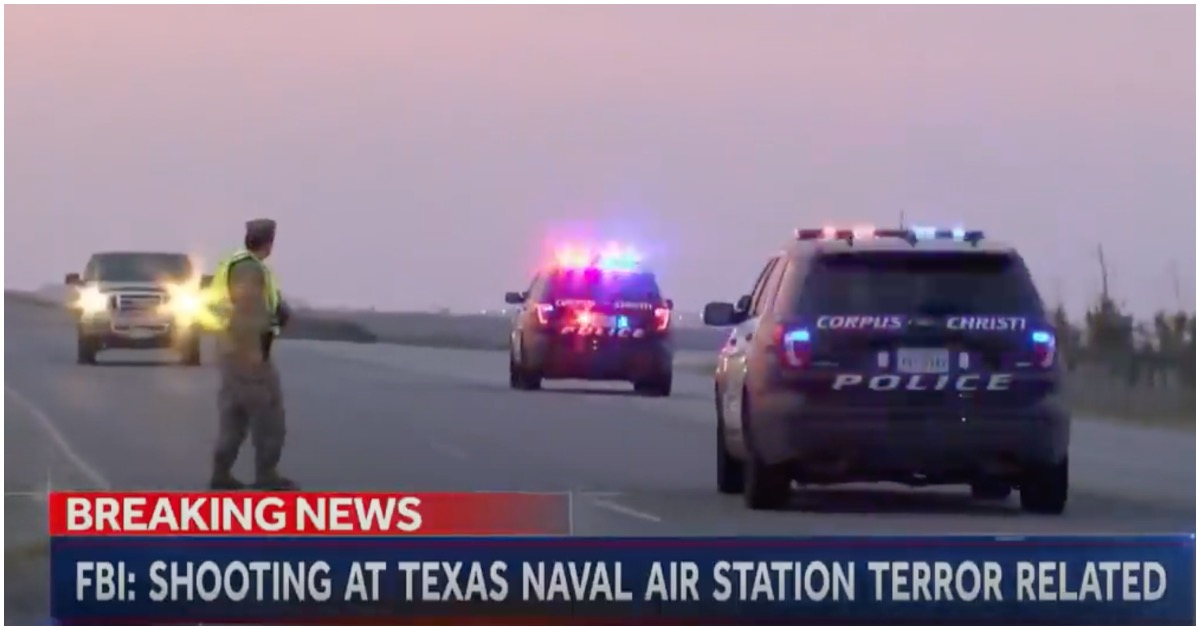 It is easy to forget during this Chinese-inflicted pandemic that the United States is still at war with radical Islamists. On Thursday evening, we were once again reminded of that threat.

The FBI is investigating an early morning shooting at a Texas naval air station as an act of terrorism and searching for a second “person of interest” related to the incident, the agency announced on Thursday.

“We have determined that the incident this morning at Naval Air Station Corpus Christi is terrorism-related. We are working diligently with our state, local and federal partners on this investigation which is fluid and evolving. The subject is deceased. The scene is still being processed,” Supervisory Senior Resident Agent Leah Greeves said in a brief statement.

Details on motive/nature of shooting at #CorpusChristi Naval Air Base still very scant, thought the shooter was neutralized after the base was put on lock down early this morning. One has been confirmed injured. As of yet, no direct indicators of terrorism. pic.twitter.com/JnzN7aq8Of

Breaking update: #CorpusChristi shooting possibly linked to terrorism. Killed shooter an “Arab male” who stormed a gate, indicating the shooting did not occur within (as was case in December’s Pensacola shooting). FBI now taking lead in investigating. https://t.co/9ruMkq8KqY

The shooter has been identified as Adam Salim Alsahli. His Arabic-language social media posts show someone who was single mindedly focused on Islam. Every tweet or post was religious. He was a big fan of several Twitter-verified fundamentalist Muslim clerics.

Assuming (?) that this muslim terrorist is not an American, what and why was he allowed into America?