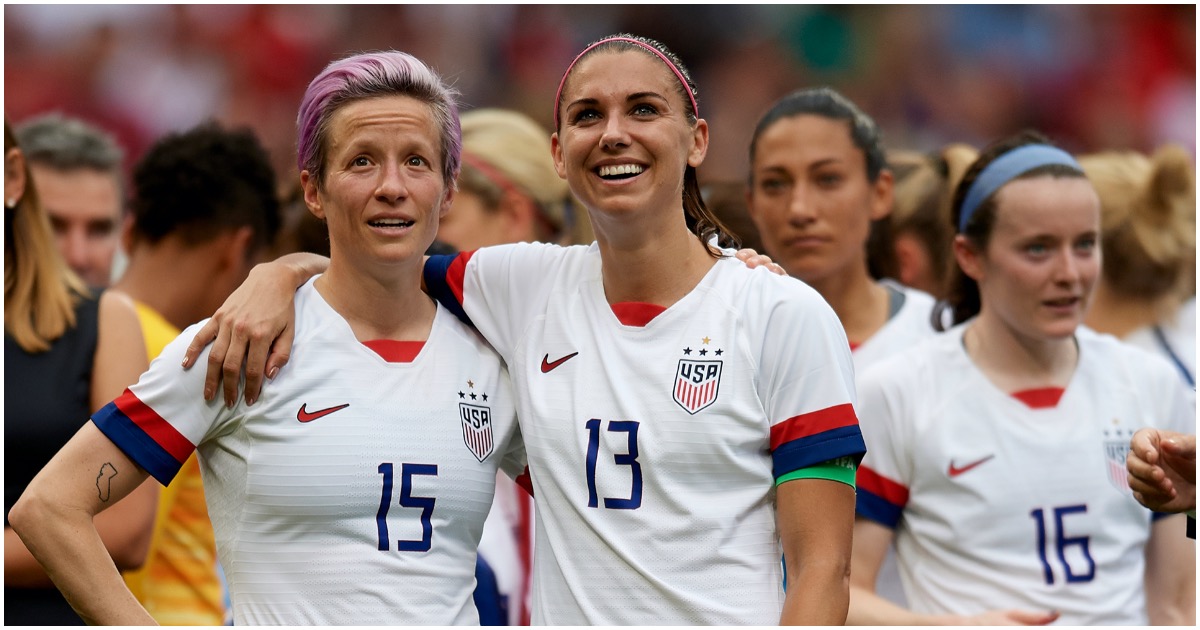 The following article, US Women’s Soccer Co-Captain: America Has ‘A White Nationalist’ In the Oval Office, was first published on Flag And Cross.

Far too many current athletes (LeBron James, Megan Rapinoe, Colin Kaepernick, to name a few) would seemingly rather be remembered for their political activism than their performance on the field or court.

Soccer standout Rapinoe, who is “married” to a professional female basketball player, is one of the more outspoken critics of the Trump administration.

U.S. Women’s National Team star and frequent Trump critic Megan Rapinoe, referred to the president as a “white nationalist,” during a recent interview.

Rapinoe said, “We have a white nationalist — I think — in the White House.”

She added, “And, the spewing of hate and the other’ing of the rest of the country has only led to more rife between people and more despair and more anxiety and more fear going forward.”

After dominating the World Cup and becoming a household name, soccer star Megan Rapinoe has been named the 2019 Sports Illustrated Sportsperson of the Year.

As Sports Illustrated noted, she is just the fourth woman in the award’s 66-year history to win it by herself. “A feat that is both a remarkable athletic achievement and a reflection of entrenched gender biases,” SI’s Jenny Vrentas wrote.

Continue reading: US Women’s Soccer Co-Captain: America Has ‘A White Nationalist’ In the Oval Office ...