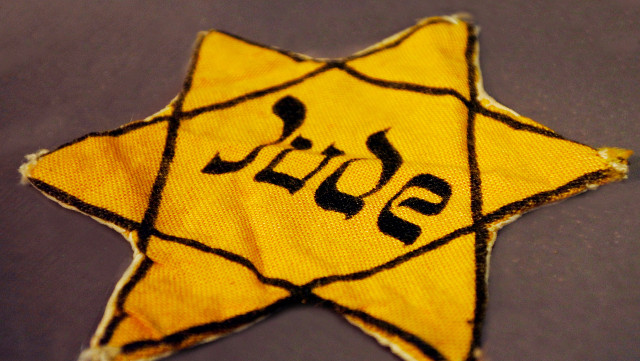 The following article, Alaska State Lawmaker Issues Apology After Making Comparison Between Coronavirus Safety Measures And Jews Forced To Wear Star Of David, was first published on Flag And Cross.

A state lawmaker from Alaska has issued an apology after making a comparison between coronavirus safety measures and European Jews being forced to wear the Star of David during Holocaust.

Rep. Ben Carpenter made the analogy late last week as a response to new measures requiring lawmakers to “undergo a health screening,” with those who pass it being required to wear a sticker.

To be fair, the whole wearing a sticker thing is a bit creepy and Big Brother-ish, however, it’s clear his comment regarding Jews and the Star of David was uncouth and very much uncalled for.

“I take my responsibility as the voice of the people who elected me very seriously,” he wrote in an opinion piece published on Sunday in Must Read Alaska. “I also hold the Jewish people in the highest regard. I do not take myself so seriously that I cannot recognize that the words I wrote, and those attributed to me, do not adequately reflect the esteem I hold for either group of people. I hope to correct that error now.”

“In haste, I chose to juxtapose a proposed Alaskan legislative requirement to wear a ‘COVID-19 free sticker’ with the Star of David that the Jews were required by their government to wear during the Holocaust,” he added. “This comparison was not intended to marginalize the memory of the Holocaust but to ensure similar behavior can never happen again. What I couldn’t possibly say in the moment was that the Holocaust didn’t begin with the labeling of undesirables and heinous deprivation of personal liberty. It began with a contagious fear amongst the German people that eventually led to the widespread support of horrifying government overreach.”

The whole fiasco started when Carpenter penned an email to the rest of the members of the Alaska House of Representatives, where he said the following:

“How about an arm band that won’t fall off like a sticker will?” Carpenter wrote. “If my sticker falls off, do I get a new one or do I get public shaming too? Are the stickers available as a yellow Star of David?”

There were two Jewish lawmakers part of the House who immediately rebuked him for making such a statement in the email.

“Ben, This is disgusting. Keep your Holocaust jokes to yourself,” Democratic state Rep. Grier Hopkins replied.

Rep. Andy Josephson said, “I don’t think a tag that we’re cleared to enter the building is akin to being shipped to a concentration camp.”

Carpenter made another Nazi reference recently when he asked whether or not it was beyond the realm of possibility that COVID-19 patients could be rounded up and shipped off elsewhere. Clearly, this man is having some sort of issue and should probably just refrain from speaking in public for awhile.

I understand EXACTLY what he meant! I am Jewish, it does not offend me, however the entire way states are acting is VERY much like what Hitler did….and in today’s political arena Hitler with all his “free” promises would be considered a Democrat!