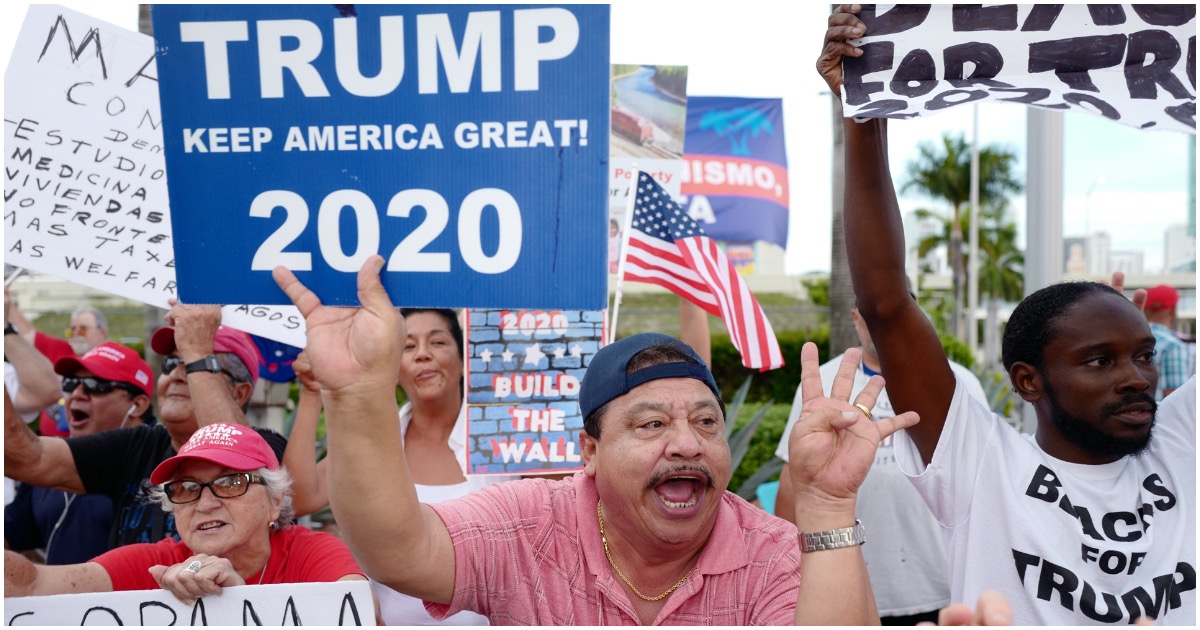 It takes a special kind of person to be a supporter of the Democrat Party. Very special. You have to leave your morals at the door and remain open to being hypocritical on each and every issue, no matter the time of day.

Here’s what a former Democrat governor thinks of the Biden campaign v. Trump campaign, when it comes to Latino outreach — via The Daily Wire:

Former New Mexico Governor Bill Richardson (D) is among a growing number of activists and Democratic politicians who have expressed concern that the Biden campaign has not been sufficiently reaching out to Hispanic voters.

But the former hispanic governor has gone a step further, saying that the Trump campaign is actually doing a better job at Hispanic outreach than presumptive Democratic nominee Joe Biden, according to Politico.

Richardson said, “The Trump Hispanic effort is much more active. If we go to 58 or 57 percent with Hispanics, we’re in trouble.”

Check out MSNBC’s Nicole Wallace’s take on “Trump is a racist” against Latinos.

NewsBusters had the scoop…

RAUL REYES: In words and actions throughout his presidency, he’s basically declared open-season on Latinos because we are one of his favorite targets . . . And it’s not just the language he used, you mentioned calling Mexicans drug dealers and rapists when he came down the escalator. That was day one. Then it escalated into attacks on Latino journalists. It escalated into attacks on the so-called, in his words, Mexican judge.

WALLACE: What do you do when, certainly, the last Republican president fought for, sought and it’s not ideal but had 44% of Latino voters. So politically powerful inside the last Republican administration. President Obama used the power of the presidency to try to pass comprehensive immigration reform, with the Latino community, Latino leaders, at the table. You now have a president, as you said, talking about exterminating Latinos.

In other words, Trump is Hitler.

WTF @MSNBC. This is a vile, dangerous lie, are you going to retract this??pic.twitter.com/JjfNnmP0HA

Only reasonable that Trump should be doing better with all Americans that work for a living. The dem voter base continues to be made up of fraudulent votes including illegals voting and of course the dead people’s vote along with those that vote for a living.