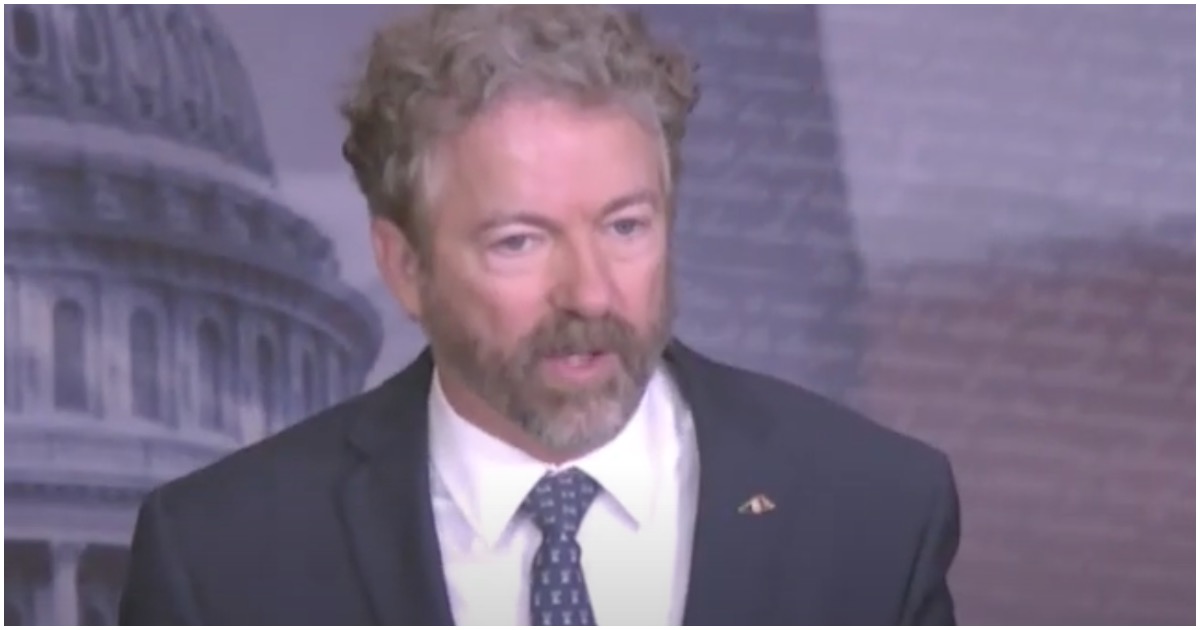 The following article, Rand Paul Says ‘Biden Is Guilty of Using Government to Go After A Political Opponent’ [Video], was first published on Flag And Cross.

It was revealed on Wednesday that Joe Biden was one of the people involved with the “unmasking” of Michael Flynn. You can read more about it at this link.

Kentucky Senator Rand Paul (R) has a message for all individuals who plan to vote for Joe in November. They might want to listen up.

In the spirit of the fictitious Seinfeld holiday, Senator Rand Paul (R-KY) has released The Festivus Report 2019, an annual report to highlight wasteful government spending.

In the report, Paul draws attention to over $50 billion in government waste, which was spent on everything from a grant in which a “significant portion” of the funds went to studying the mating calls of frogs in Panama ($466,991), a program under which the U.S. supplies children in Afghanistan with textbooks, many of which turned out to be subpar or otherwise unusable ($33,921,175), and helping the Peruvian government to develop a “Green New Deal” (up to $10,000,000).

According to the man Democrats want to see run the nation, over 600,000 people – JUST IN AMERICA – have died from COVID-19.