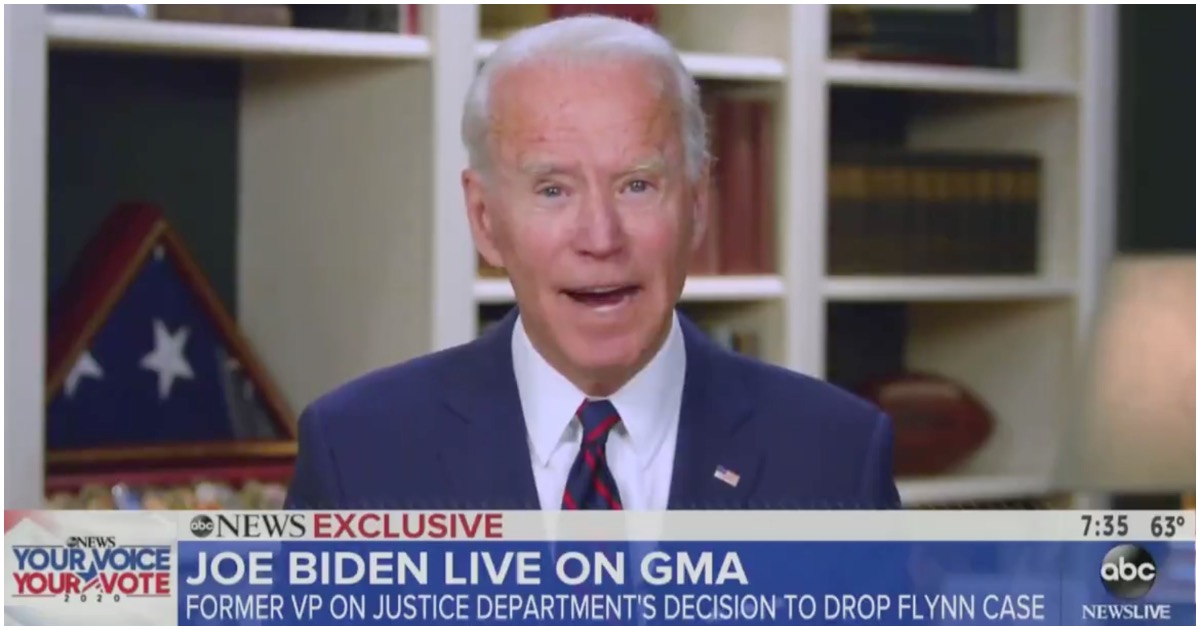 The following article, Biden: I Knew ‘Nothing’ of Plot to Take Down Flynn, Forgets He Was Part of Secret Meeting, was first published on Flag And Cross.

Despite hardly being able to string along a sentence, there’s a pretty decent chance Joe Biden remembers being in a meeting at the Oval Office with Barack Obama where they discussed what to do with General Michael Flynn.

Information released in the Justice Department’s motion to dismiss the case it brought against Lt. Gen. Michael Flynn confirms the significance of a Jan. 5, 2017, meeting at the Obama White House. It was at this meeting that President Barack Obama gave guidance to key officials who would be tasked with protecting his administration’s utilization of secretly funded Clinton campaign research, which alleged Donald Trump was involved in a treasonous plot to collude with Russia, from being discovered or stopped by the incoming administration.

“President Obama said he wants to be sure that, as we engage with the incoming team, we are mindful to ascertain if there is any reason that we cannot share information fully as it relates to Russia,” national security adviser Susan Rice wrote in an unusual email to herself about the meeting, which was also attended by Deputy Attorney General Sally Yates, FBI Director James Comey and Vice President Joe Biden.

He was reminded about said meeting.

Just the other day, CNN’s Brian Stelter was ticked off that Fox News had the audacity to cover scandal, rather than focus entirely on the pandemic.

It is "disappointing" that "right wing media" is "treating the Michael Flynn story like it's a better deal than the deaths of 2,000 Americans a day." pic.twitter.com/itaSwplkf1

Continue reading: Biden: I Knew ‘Nothing’ of Plot to Take Down Flynn, Forgets He Was Part of Secret Meeting ...

But it’s likely that old china joe actually cannot remember. Chances likely he will be drooling in a rubber room with a short time….