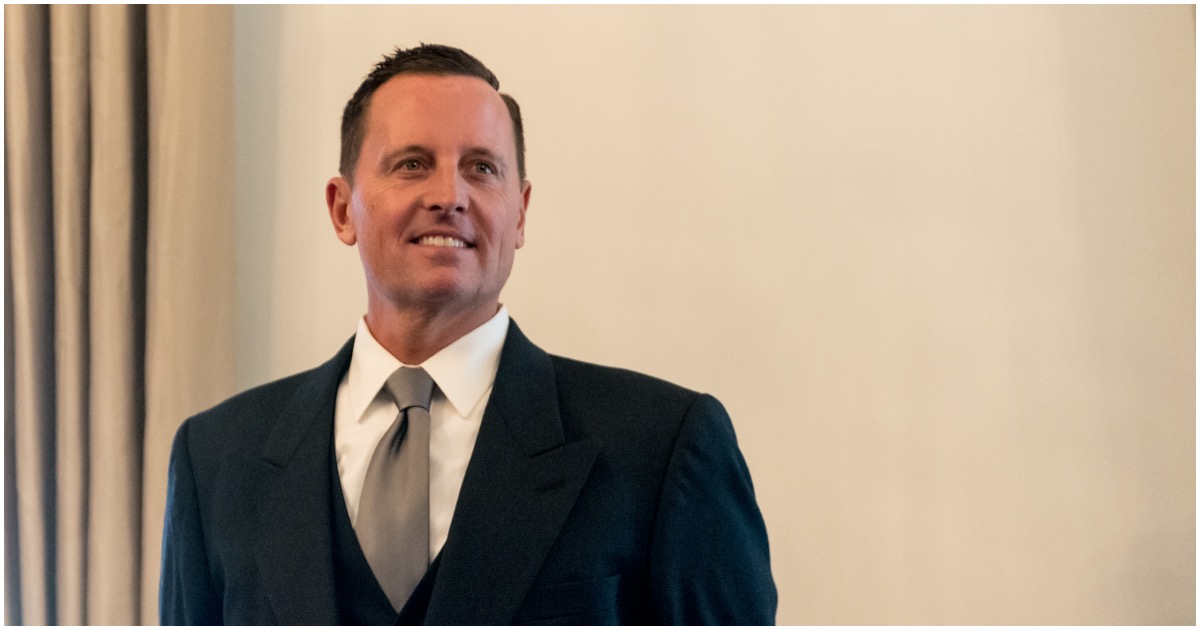 The following article, Head of National Intelligence Declassifies List of Obama Officials Who ‘Unmasked’ Flynn, was first published on Flag And Cross.

Heads are about to roll! And no, it doesn’t appear anybody from the abundantly transparent Trump administration is in danger. Members of the Obama administration, well that’s another story.

Here’s the scoop, via ABC News:

Acting Director of National Intelligence Richard Grenell has declassified a list of former Obama administration officials who were allegedly involved in the so-called “unmasking” of former national security adviser Michael Flynn in his conversations with the former Russian ambassador during the presidential transition, a senior U.S. official tells ABC News.

Grenell, who remains the U.S. ambassador to Germany along with being the acting DNI, visited the Justice Department last week and brought the list with him, according to the official.

His visit indicates his focus on an issue previously highlighted in 2017 by skeptics of the investigation into the Trump campaign’s contacts with Russia, specifically allegations that former officials improperly unveiled Flynn’s identity from intercepts of his call with former Russian ambassador Sergey Kislyak.

Grenell’s visit came the same week that Attorney General William Barr moved to dismiss the criminal case against Flynn following his guilty plea for lying to the FBI about his conversations with Kislyak.

(resent) CNN continues to report on Obama's statement without noting that he was wrong on Flynn's criminal charge and wrong on the lack of precedent. Given its slogan "Facts First," it appears the facts are not even coming last. They are not coming at all. https://t.co/UQ58aLDB6T

Turley, who is a Democrat, noted that Flynn was never charged with perjury and that his claim that there was “no precedent” for what the DOJ did with Flynn is false, as the Obama administration did the same thing with former Attorney General Eric Holder.

Obama staged a call, then handed the tape to Isikoff, who pretends it was a private chat. Isikoff acts as if he’s a reporter, not the palace stenographer. He took dictation from Fusion GPS regarding Steele & Carter Page. He’s taking dictation now. https://t.co/tlZBUYir1Z

Video — @PressSec McEnany with a shrewd, smart move by turning the Flynn question around on ABC's Jonathan Karl: "Does it trouble you that the FBI said we've got to get Flynn to lie? Does that trouble you as journalist and not only that, but as an American citizen?" pic.twitter.com/lsMeSZfDiy

Never forget that @cnn's Jeff Zucker manufactured Kayleigh McEneny @PressSec out of whole cloth at Trump's request. She had ZERO political experience but he made her a "CNN political contributor", stuffed her into "Forever 21" cocktail dresses, & plopped her next to David Gergen

Kayleigh McEnany is the Tomi Lahren of Sarah Sanders

May I suggest since you already broke your statement that you won’t lie & then did lie …that you sit donnie down & read bible passages to him!
Based on my count he broke quite a few of the Ten Commandments
Go away Kayleigh

@VP is the biggest religious fraud. Kayleigh is in line too.

here's the big tell @PressSec won't tell the truth. She said the president told the truth when he denied the sexual assault allegations. How does she know? Has she talked to all the victims. The right answer is the President has denied all of the allegations which is true

There are a lot of Democrats who hate our new press secretary, Kayleigh McEnany. However, when confronted by her truths, they fold like flies off a fly swatter. She is to smart for them and lovely to look at also. Go Kayleigh.