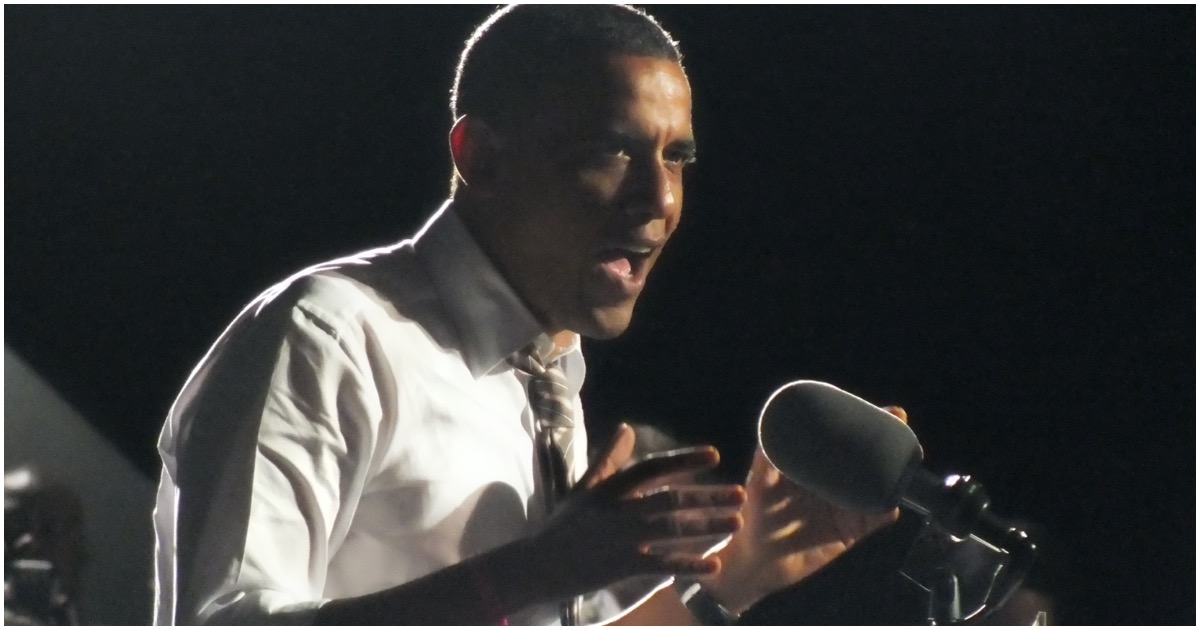 Use your imagination for a minute. It is 1942. You have just been informed that your parents, always placed by you on a pedestal, have been spying for Nazi Germany. How do you respond? Let me guess. First, disbelief: my beloved parents, never. Second, anger: how dare they. Third, rage: Argghh!!! Believe it or not, you are faced with an equivalent situation today.

You have just been informed that the US government under Barack Obama, whom you placed on a pedestal, repeatedly lied, cheated, and conspired against US citizens.

Your reaction: IT ISN’T POSSIBLE! Oh yes it is.

This is not hypothetical. Thanks to a competent lawyer by the name of Sidney Powell, Lt. Gen. Michael Flynn has been exonerated of phony charges that he lied to the FBI. In and of itself, this is not a big deal. But in the grander scheme of things, Flynn’s exoneration is the tipping point that has blown the lid off the worst case of political corruption in American history.

In case you didn’t follow what happened, here is a short summary. Gen. Flynn, former National Security Advisor to President Trump, was accused of “willfully and knowingly” making “false, fictitious and fraudulent statements” to the FBI regarding conversations with the Russian ambassador. Flynn’s travail began in 2017 as part of the Mueller investigation. Flynn pleaded guilty, resigned his post, and was scheduled to be sentenced to as much as five years behind bars. In the process, Flynn was bankrupted and his reputation was destroyed. It was a sad ending to a remarkable 30-plus-year career of service to the nation. Flynn was not the only one wrongfully targeted by the Mueller investigation in order to disrupt Trump’s presidency. The lives and civil rights of Paul Manafort, Carter Page, Roger Stone, and George Papadopoulos have suffered similar fates.

Last year, Flynn fired his tony Washington law firm and hired attorney Sidney Powell, a critic of the special counsel who believed that Flynn, like Trump, was the victim of a deep state plot, and that he had pleaded guilty only because he was coerced by overzealous prosecutors. The FBI set up what is called a “perjury trap” in which Flynn’s statement that he could not recall the conversation in question was interpreted as a lie. Lying to the FBI is a felony. Flynn denied that he had lied but entered a guilty plea when Mueller blackmailed him by threatening to prosecute his son. Flynn’s son worked in Gen. Flynn’s private intelligence firm, which Mueller was scrutinizing over its alleged failure to register with the government as a foreign agent.

Powell convinced Flynn to withdraw his guilty plea. She referred to the case as “a deliberate, malevolent, concerted effort to destroy an honest man.” Powell introduced documents that proved the entire affair was a corrupt campaign by the FBI and DOJ to destroy Flynn and his boss, President Trump. Exculpatory documents proving Flynn’s innocence were concealed by the FBI and federal prosecutors for more than three years. This week, the Justice Department responded to Powell’s defense by dropping the criminal case against Flynn.

The immediate result has been an avalanche of new evidence that the Russia collusion narrative was a complete lie from its inception, that high-ranking members of the FBI, DOJ and Obama’s inner circle—including the special counsel—knew it was a lie, and that President Obama himself was aware of and approved the effort to invalidate Trump’s election. “The collusion house of cards has finally and fully collapsed,” said Gregg Jarrett on Fox News. “The notion that candidate Donald Trump conspired with Moscow to steal the 2016 presidential election was always an implausible phantasm… The malevolent James Comey, fired director of the FBI, knew this but it didn’t deter him. He and his lieutenants sedulously stacked the cards, one by one, against Trump by exploiting the bogus allegations and pursuing an illicit investigation designed to drive him from office.”

That’s right, the government we believed in was rotten to the core. Will the American public be able to handle this revelation? What will happen now to Manafort and Stone? The question is whether the guilty parties will be brought to justice and whether we can ever again have faith in Washington. “Americans are right to be fearful of the FBI,” says Jarrett. “The agency’s chronic abuses of law and process, together with its thuggish tactics, present a frightening example of how power corrupts.” Based on newly declassified documents, those implicated in the Obama administration include James Comey, Andrew McCabe, Peter Strzok, Lisa Page, Sally Yates, Susan Rice, Samantha Power, John Brennan, and James Clapper. They knew what was going on and participated in the corruption. Jarrett believes that the current FBI director, Christopher Wray, also is responsible for suppressing evidence pointing to the truth about the Russia collusion scam.

This attempted “coup” mounted by the FBI is without precedent. “A politically manipulated FBI is a threat to the nation,” wrote former FBI agent Kevin Brock in The Hill. “An independent FBI is and has been a blessing to the nation, and is one of the key reasons America is different from totalitarian regimes. That is why the Comey legacy must be thoroughly examined and reforms enacted as needed.”

The most damning conclusion from the newly released documents is that the guilty finger points directly at Barack Obama. President Trump said transcripts on the Russia investigation show that Obama and Biden were complicit in undermining his incoming administration. Obama presided over the illegal spying on the Trump campaign. Was the FBI assault on Flynn also at the behest of the White House? It appears that Obama initiated a vendetta against Flynn after the latter opposed Obama’s policies on Islamic terrorism. Flynn has called Obama a “weak and spineless” leader who “coddles” terrorists and has brought mayhem to our streets with his “fumbling indecisiveness,” “willful ignorance,” and “total incompetence.”

Ironically, Obama has claimed that “the rule of law is at risk” as a result of Flynn’s exoneration. What nonsense! The rule of law was kicked in the solar plexus by Obama’s effort to condemn an innocent man and take down a legitimate presidency. History will show that the major obstacle to the rule of law in the last ten years goes by the name of Barack Obama. Despite the new revelations, he probably will get away with it.