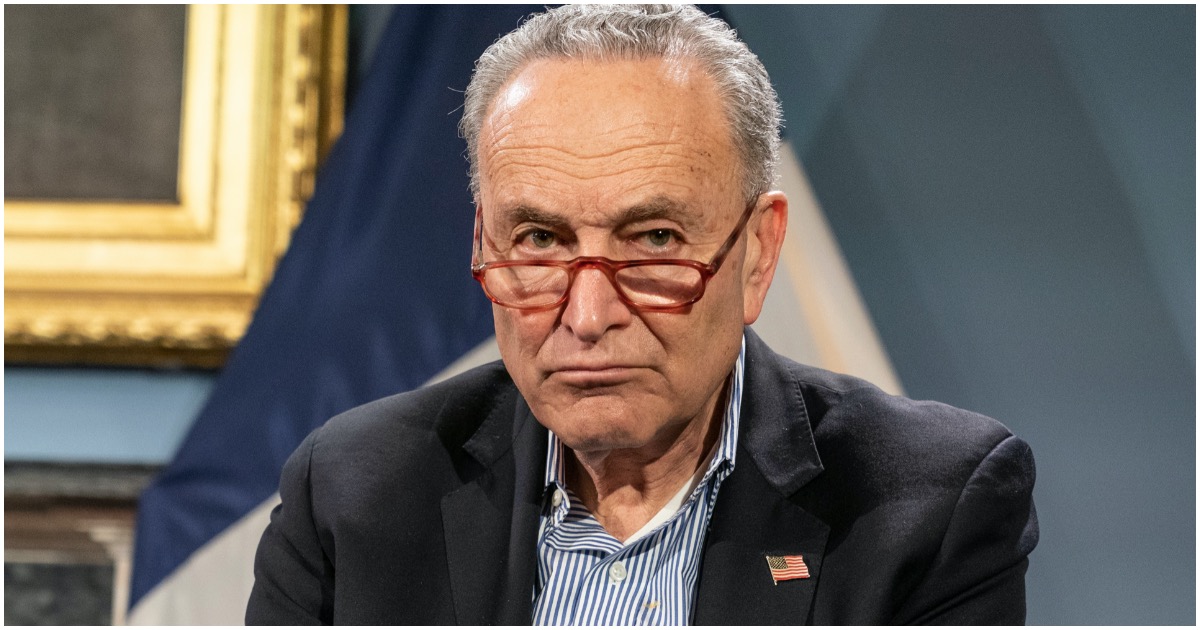 The following article, Schumer: Democrats Will ‘Fight Like the Devil’ for Nationwide Vote-By-Mail In Next Relief Bill, was first published on Flag And Cross.

They believe men can transform into women and that killing babies in the womb is acceptable, so it only makes sense that Senate Minority Leader Chuck Schumer would use a phrase like, “fight like the devil.”

What a perfect fit.

Check this out, via OANN:

According to Senate Minority Leader Chuck Schumer (D-N.Y.), vote-by-mail provisions will be an important part of the next coronavirus relief bill. On Friday, he said he feels very strongly about voting-by-mail and added that Democrats plan to “fight like the devil for it.”

More Schumer nonsense, via The Hill:

Schumer on Thursday said the fiscally cautious approach now being taken by Republicans like McConnell and House Minority Leader Kevin McCarthy (Calif.) reminded him of former President Hoover’s response to the 1929 stock market crash and the onset of the Great Depression.

Schumer said, “The people like [Mitch] McConnell and [Kevin] McCarthy and even [President] Trump who say, ‘Let’s wait and do nothing,’ well, they remind me of the old Herbert Hoovers. We had the Great Depression — Hoover said let’s just wait it out. It got worse and worse.”

Schumer (NY) was trumpeting abortion rights when he sent a threat to Supreme Court Justices Neil Gorsuch and Brett Kavanaugh, both of whom were nominated by President Trump.

Schumer’s team then fired back, claiming bias in favor of POTUS – naturally.

Trump has weighed in – and he wasn’t pleased.

Cryin’ Chuck Schumer said, “You will pay the price for this. You won’t know what HIT YOU.” That is far beyond simple rhetoric. That is a physical threat, or at least a threat that you better vote for us.” Trouble ahead!

Continue reading: Schumer: Democrats Will ‘Fight Like the Devil’ for Nationwide Vote-By-Mail In Next Relief Bill ...

Well, but of course the dems need even more voter corruption and with the dem’s new voting base, the illegal vote not quite doing enough they will have to come up with more….

Fake Jew Schumer will also ask the devil to deliver a legion of demons to ravish his prolaspsed brown eye 24-7 with their 19 inch Virus Dicks…..!