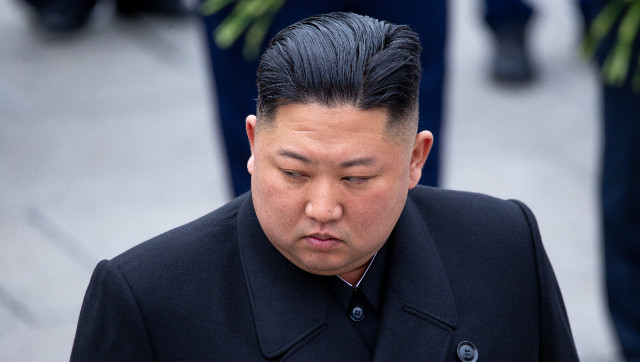 North Korean dictator Kim Jong Un seemingly vanished into thin air over the last several weeks causing the Internet to explode in all sorts of rumors concerning his ill health and the possibility of his demise as a result of heart surgery he was alleged to have undergone.

However, sources in South Korea’s intelligence community are saying that Kim did not have heart surgery, but disappeared amid concerns about the coronavirus.

This information comes after members of South Korea’s parliament were briefed by the nation’s National Intelligence Service. Kim finally popped out of hiding for a public appearance, his first in three weeks, last Friday at a fertilizer factory of all places.

“The NIS assesses that at least he did not get any heart-related procedure or surgery,” Kim Byung-kee, a member of the South Korean parliament’s intelligence committee, was quoted by Reuters as saying. “He was normally performing his duties when he was out of the public eye.”

The lawmaker said the North Korean dictator has only made 17 public appearances so far in 2020 — down from about an average of 50 in years prior. The NIS is also attributing that difference to concerns about a possible coronavirus outbreak, Reuters reports.

“Kim Jong Un had focused on consolidating internal affairs such as military forces and party-state meetings, and coronavirus concerns have further limited his public activity,” Kim Byung-kee said during a talk with the news agency.

However, despite this new information being released about Kim Jong Un and his disappearance, folks are still passing along rumors about the decline of the dictator’s health.

Folks who examined the footage of his appearance on Friday noted that there appeared to be a needle mark on Kim Jong Un’s right wrist, which could indicate he did indeed have some sort of cardiovascular procedure.

We may never really know what really happened and the legitimate reason for his disappearance, but it’s safe to say that things are not going as they usually do in North Korea.

Guess we’ll just have to wait and see how it all plays out.