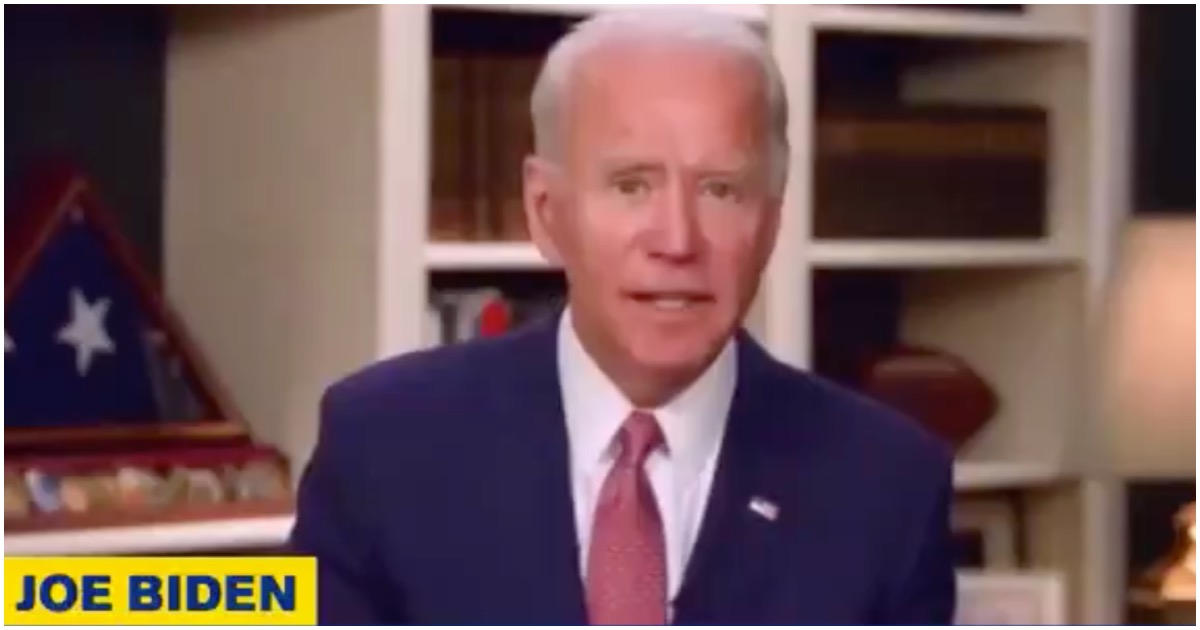 The following article, Biden Said He Had 3 Degrees & Was Top of His Class, But It’s Not True – ‘His Memory Had Failed Him’, was first published on Flag And Cross.

32 years ago, for example, the media actually called Joe out for lying about his academic record. He said he had three degrees and finished at the top of his class.

A video of former Vice President Joe Biden speaking about his academic record — and news reports refuting claims he made at the time — when he was running for president in 1987 is circulating social media thanks to supporters of President Trump.

Towards the end of the clip below, you can hear news anchor Sam Donaldson say of Biden, “his memory had failed him.”

Everything you need to know about Joe Biden in one clip. I guess he will tell you whatever lie he thinks it takes to score political points. Seems being a liar is a very consistent theme for Joe!

On Wednesday, Joe said he campaigned for Democrats “in 1918.”

At this point, it is getting difficult to come up with new ways to describe Joe.

The fact that some people are willing to overlook all his flaws simply because they hate Trump might just be the most shocking aspect.

Joe Biden: "No American should have to wait a single minute so Donald Trump can put his signature on a physical check." pic.twitter.com/v88AQeFeuE

Biden thinks Trump is going to do something a liberal president would probably do.

Continue reading: Biden Said He Had 3 Degrees & Was Top of His Class, But It’s Not True – ‘His Memory Had Failed Him’ ...

It is VERY REVEALING, just how bad the field of candidates that tried to secure the Democrat nomination to be their candidate to run against Trump this fall. That Joe “the DUMBEST MAN in WASHINGTON, DC” Biden was the winner against that bunch of losers, it proof positive of the VAPID bench the Democrats could offer!

But even worse, the Democrat Voters are so totally CLUELESS!

“Memory failure”? Nah, the guy is merely a liar, one that is becoming more senile every day.