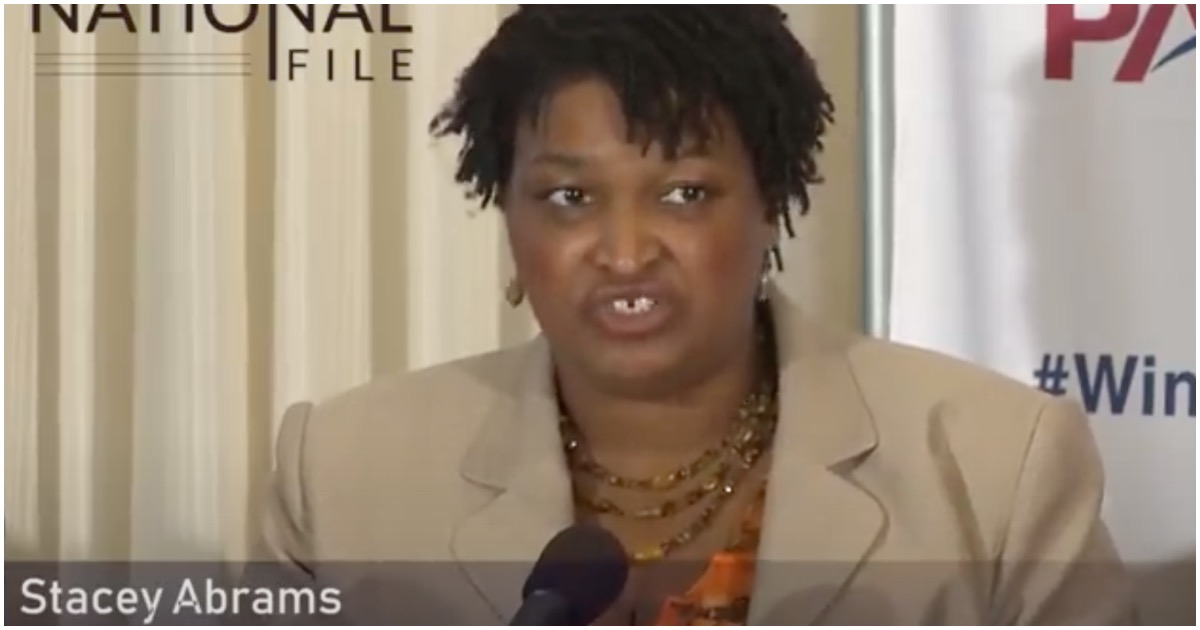 The left said it would be dangerous if Donald Trump lost the 2016 election and refused to accept the results. But they didn’t say anything about Hillary Clinton or Stacey Abrams losing their races and claiming they actually won for years on end.

Funny how that works, huh? It’s good to be a Democrat.

Abrams, who is campaigning hard to become Joe Biden’s vice presidential running mate, lost Georgia’s gubernatorial election to Brian Kemp in 2018. She has yet to really admit defeat.

On Sunday, a stunning clip featuring Abrams from 2014 was uncovered. It speaks volumes.

Did Georgians really want a governor who burned the state flag and said illegal aliens would be part of the 2018 midterm’s “blue wave?”

One would hope not, but unfortunately the race between Abrams and Kemp was extremely close.

About that pesky ol’ flag burning…

Abrams once voted to confiscate guns. She says she did it just to “start a conversation.” Does anyone believe that reason, honestly?

And “start a conversation” about what, exactly? Actually banning guns, of course.

And is anyone surprised? Thought she was still busy getting prepared to be the governor of Georgia…