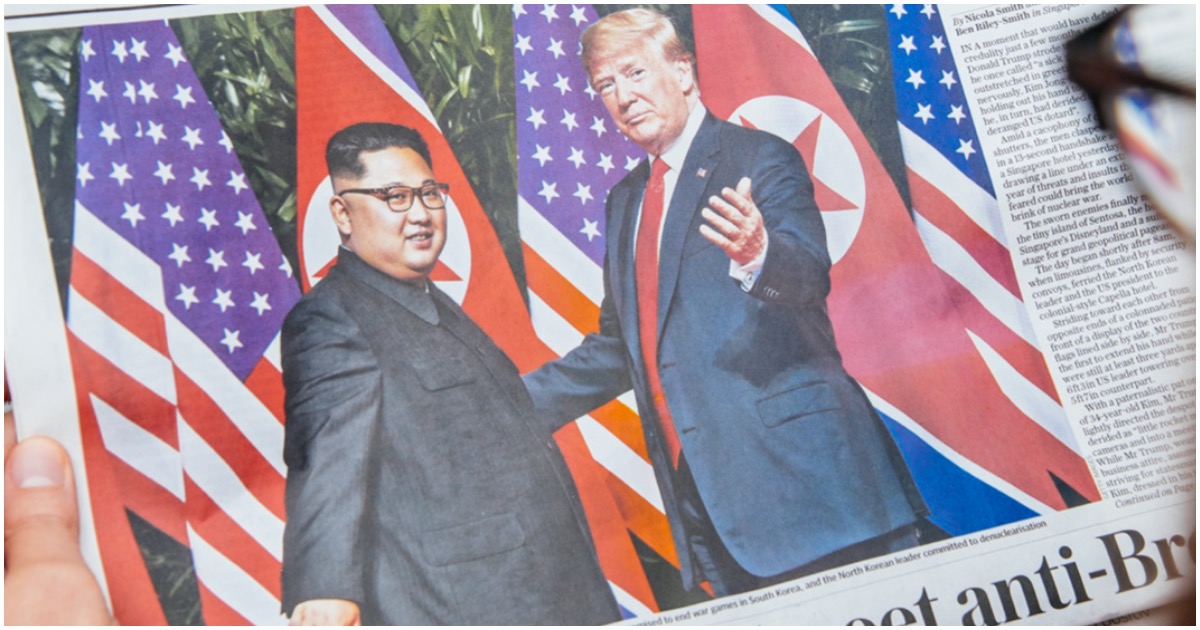 The following article, Trump Confirms He Knows Kim Jong-Un’s Condition: You Will Hear In ‘Not Too Distant Future’, was first published on Flag And Cross.

Kim Jong-Un. Dead, alive, botched surgery, caught COVID-19, who knows for certain? There have been reports claiming the North Korean tyrant is in a vegetative state and that he’s already dead.

He dropped a few hints about Kim’s condition on Monday, but wouldn’t go as far as revealing all the information.

“I can’t tell you, exactly,” Trump told reporters when asked. “Yes, I do have a very good idea, but I can’t talk about it now. I just wish him well.”

“I hope he’s fine, I do know how he’s doing relatively speaking,” Trump continued. “You will probably be hearing in the not too distant future.”

Later, when asked about a statement that Kim reportedly made over the weekend, Trump responded, “Kim Jong Un made a statement on Saturday? I don’t think so.”

Here are some random thoughts on Kim, via Twitter…

When a North Korean citizen get caught not crying at Kim Jong Un’s funeral #KIMJONGUNDEAD pic.twitter.com/j3fwAt1lOB

#KIMJONGUNDEAD #KimJongUn
Death was standing right behind him and couldn't see it.. pic.twitter.com/e6uMAY7Kvh

#KIMJONGUNDEAD TMZ reporter in Kim’s hospital hoping he dies so they get a good story : pic.twitter.com/SZExcMNbYT

The medical team sent in to try to save Kim Jong Un#KIMJONGUNDEAD pic.twitter.com/TiLYgUDLdn

When Kim dies but you see his successor #KIMJONGUNDEAD pic.twitter.com/6wewx14d5o

Continue reading: Trump Confirms He Knows Kim Jong-Un’s Condition: You Will Hear In ‘Not Too Distant Future’ ...