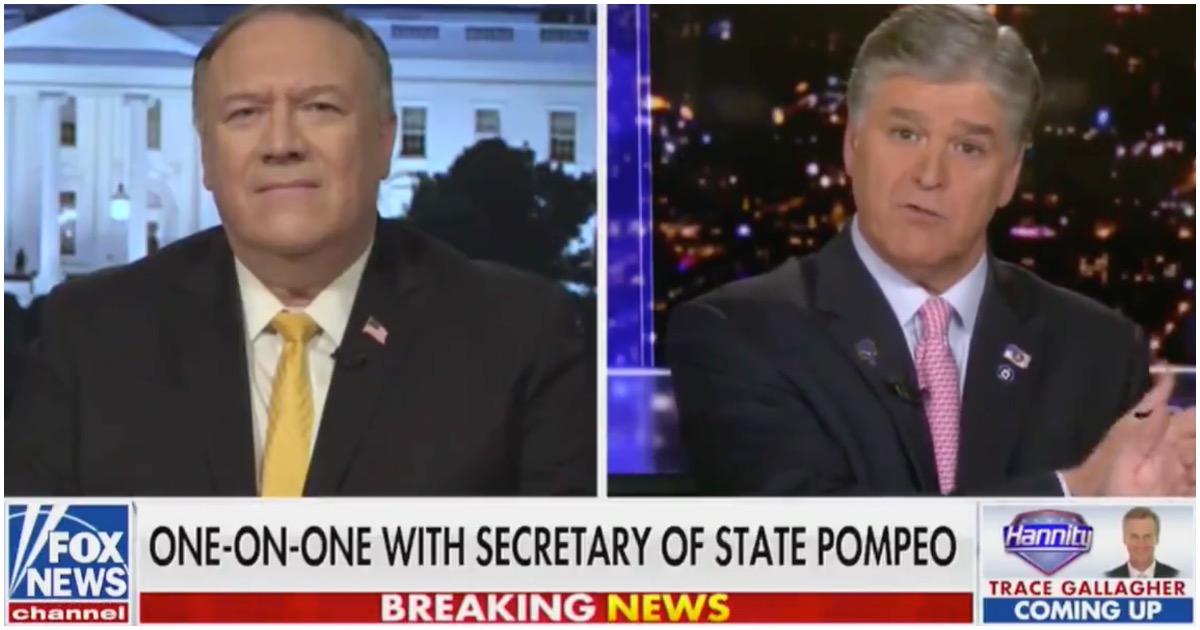 The following article, Pompeo: China ‘Will Pay A Price for What They Did Here, Certainly From the United States’, was first published on Flag And Cross.

During an appearance on “Hannity,” Secretary of State Mike Pompeo said what every American wanted to hear. In a nutshell: China is going to pay for COVID-19.

Because of the communist regime’s negligence, over 52,000 Americans are dead. Worldwide, nearly 200,000.

But how, exactly, will China pay?

As usual, because he’s a far-left radical, the mainstream media will give Joe Biden a pass. And why wouldn’t they?

After all, orange man evil!

The 2020 liberal frontrunner is now siding with President Trump on an issue he blasted POTUS for just two months ago.

Funny how that worked out, huh? Talk about leading from behind, Joe.

The day after Trump announced the ban in late January, Biden posted a tweet claiming actions need to be taken in the name of “science,” and not with Trump’s alleged “record of hysteria, xenophobia, and fear-mongering.”

Here’s the message, from February…

We are in the midst of a crisis with the coronavirus. We need to lead the way with science — not Donald Trump’s record of hysteria, xenophobia, and fear-mongering. He is the worst possible person to lead our country through a global health emergency.

Continue reading: Pompeo: China ‘Will Pay A Price for What They Did Here, Certainly From the United States’ ...

The only way that the chinese communist country will be made to “pay” will be to stop all trade with them and move American companies back home. The communist are becoming more aggressive and are building up their military and we are paying for it. (makes one remember what the Germans & Japanese did in the 1930s as they prepared for WWII?) If they continue to need the food we export to them, fine continue but no more chinese inferior products here.