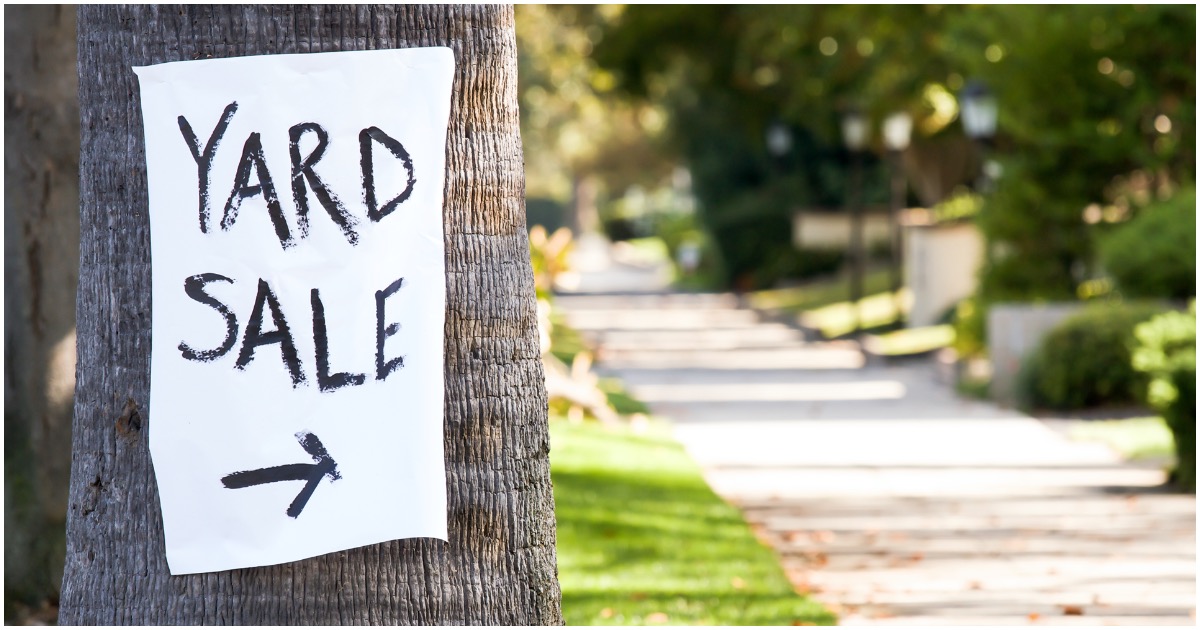 The following article, Woman Looking At Up to 6 Months In Jail & $1,000 Fine for Throwing A Yard Sale [Details], was first published on Flag And Cross.

Crazy times, we’re living in. People are getting arrested for doing things that were regarded as commonplace, just earlier this year (like fishing, driving, playing basketball, going to church, even sitting in their cars).
So much nonsense.

Per one million people, America is not even in the top 10 countries in the world when it comes to COVID-19 deaths – and China isn’t even on the list, considering the communist regime cannot be trusted to report its numbers accurately.

Christa Thompson of Rathdrum might be the first Idahoan charged for violating Gov. Brad Little’s stay-home order, which he first issued in late March and renewed April 15.

Police issued the misdemeanor charge on Friday. According to Idaho law, Christa faces a fine of up to $1,000 and up to 6 months in jail. 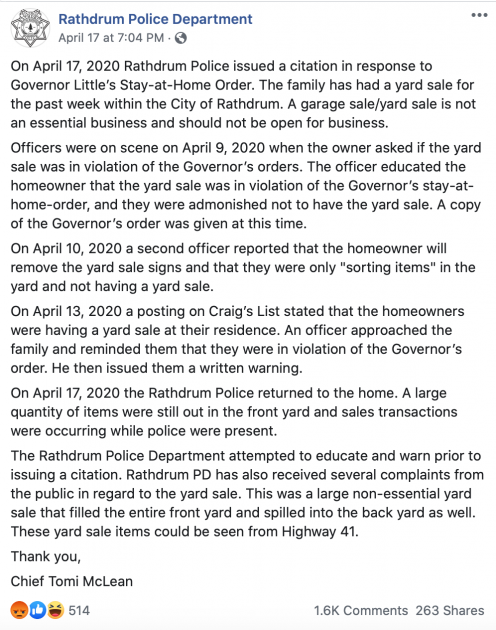 ‘This is your guy, Dems’? Gov. Andrew Cuomo just took a giant crap on unemployed New Yorkers with ‘utterly tone-deaf’ take on the COVID19 economy https://t.co/QZe0Rl5L62

The cause of Feingold’s death was the coronavirus. He was 97. https://t.co/AVVYJptbDN

The W.H.O. was DESIGNATED back in October to be gatekeeper of information during a pandemic like this one. In fact, ALL the coronavirus responses we're seeing right now – including to people like me – were wargamed. pic.twitter.com/iZt21y5qw9

BREAKING: California records its deadliest day so far with 115 deaths from coronavirus – @sfchronicle

Well, a good thing they were able to release a bunch of criminals so to have jail cells available for Americans.