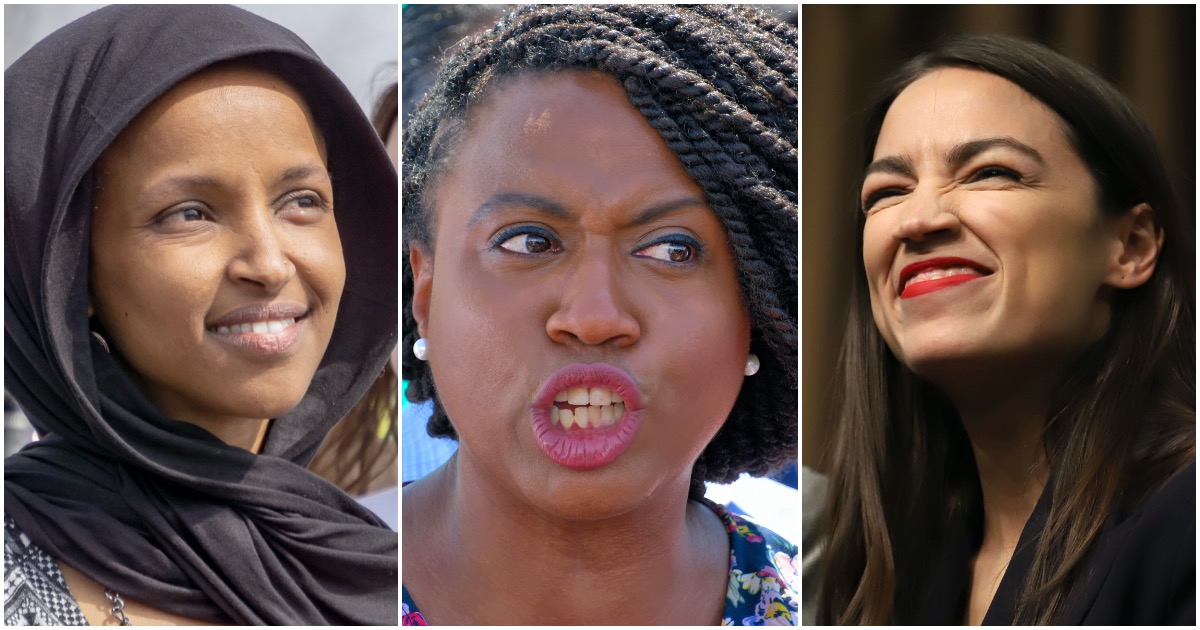 The following article, Member of Democrat ‘Squad’ Accuses Trump Admin of War Crimes Over COVID-19 Response, was first published on Flag And Cross.

Alexandria Ocasio-Cortez (NY), Rashida Tlaib (MI), and Ilhan Omar (MN) are the most well-known members of “the Squad.” Most Americans forget that Ayanna Pressley (MA) is also a part of the radically left-wing club.

Sure hope that there are enough “American” voters in those districts to vote this “squad” out of our government this year.