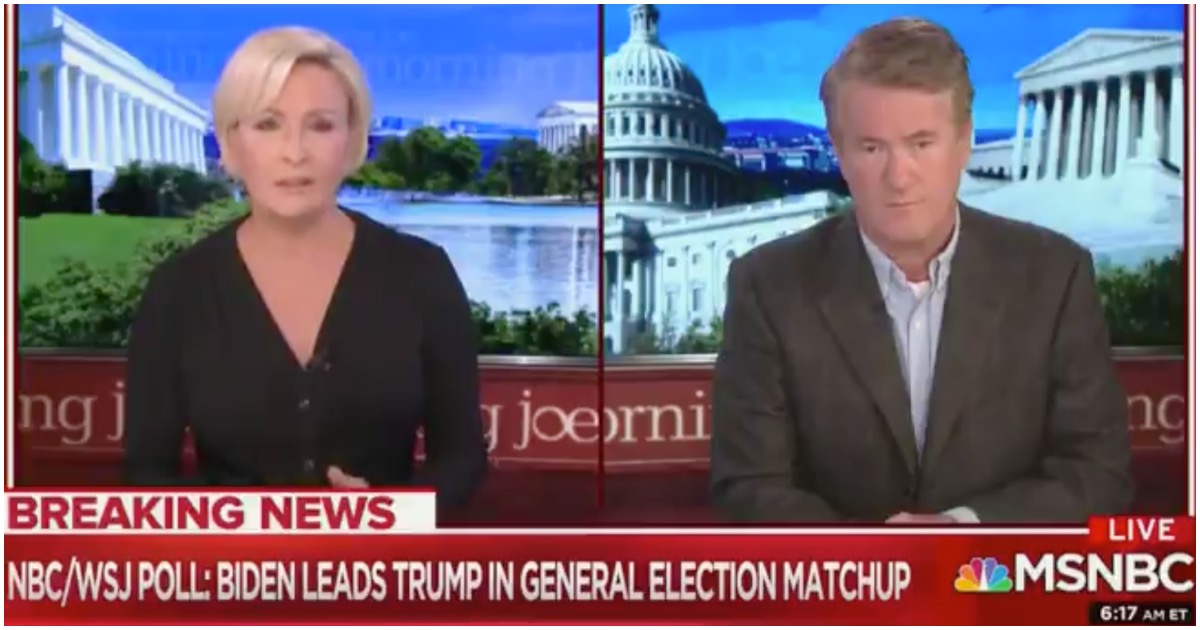 The following article, MSNBC Host Says Biden Saw Coronavirus ‘Coming Like A Steamroller’ — Unlike Trump, was first published on Flag And Cross.

MSNBC’s Mika Brzezinski is absolutely hilarious. It’s really surprising that Netflix has yet to sign her to a comedy special. Maybe one day.

Trump, apparently, didn’t see coronavirus coming – despite mentioning it in the State of the Union address on February 4 – but Biden did.

.@morningmika on polls showing Biden leading general election matchup: “What you see here is that Joe Biden is careful with his words.”

Unlike Trump, Biden saw Coronavirus “coming like a steamroller” back in Jan. pic.twitter.com/9L5u57Ujbp

MSNBC’s “Morning Joe” host Mika Brzezinski suggested President Trump has a “financial tie” to hydroxychloroquine on Monday because he has repeatedly promoted the drug as a possible treatment for coronavirus.

Co-host Joe Scarborough pondered aloud why Trump has “pushed an unproven drug” when Brzezinski made the claim.

Mika Brzezinski: Trump must have "financial tie" to someone that leads him to promote hydroxychloroquine.

Mika's allegation is tantamount to an accusation that Trump is on the take.#tcot @MorningMika #Hydroxychloroquine @realDonaldTrump #coronavirus @JoeNBC @Morning_Joe pic.twitter.com/ry1GDTrKeg

The View’s @Sunny Hostin suggests Trump has a financial interest in the non-patented drug hydroxychloroquine: "let’s face it, there’s always something in it for this president when he wants to tout something." pic.twitter.com/tttZSx9C0N

President Donald Trump played a video during the White House Coronavirus Press Briefing on Monday that showed the media’s initial response to the coronavirus outbreak and highlighted his response to the outbreak and showed Democratic governors around the country praising the Trump administration for the work they did.

CNN cut away from the press conference shortly after the video started playing and MSNBC followed suit several moments later.

CNN and MSNBC both cut away from Pres. Trump's press briefings as WH airs a video testimonial to his handling of the pandemic.

President @realdonaldtrump is on FIRE pushing back against dishonest media outlets and how they cover his administration's response. pic.twitter.com/Jo3iyEieO4

And here’s the cut away from the liberal outlets…

These people like biden and these fake news self important morons continue to make up the BS they continue to spout. The amazing part is that there must be some people out there that continue to watch/listen to them.