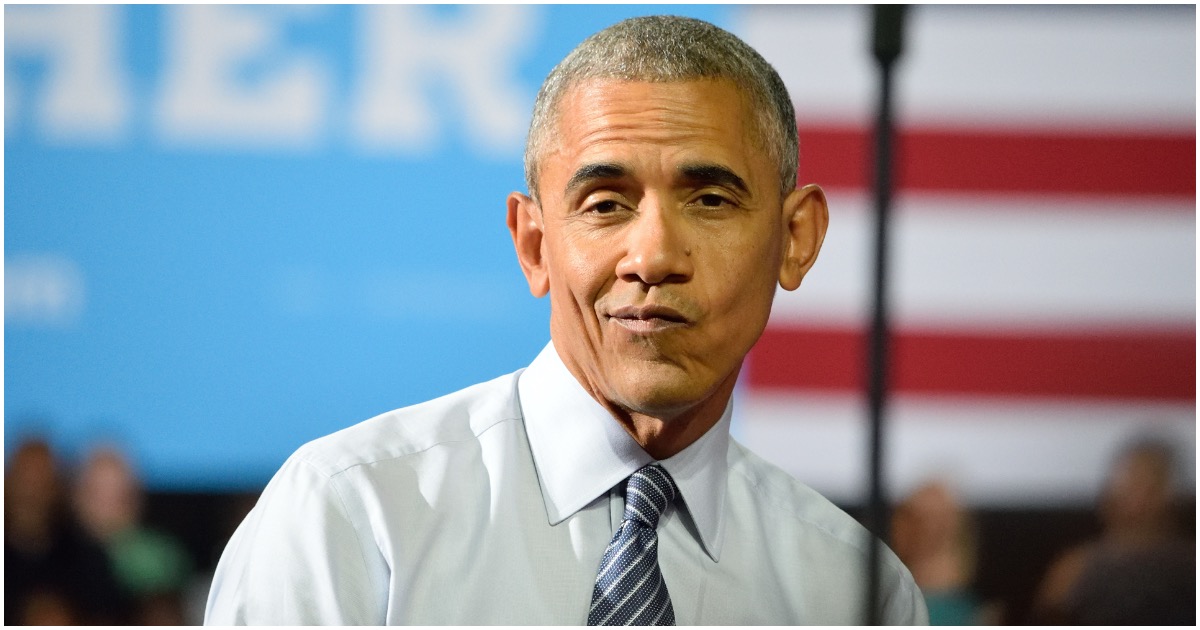 The following article, Obama Administration Gave Nearly $4 Million to Wuhan Lab Where Virus Allegedly Leaked From, was first published on Flag And Cross.

Well, well, well. This story is likely to ruffle a few feathers. Should it? You be the judge. Here are the details, via Newsmax:

It has been widely reported the U.S. and Canada had helped fund the Wuhan, China, virology lab that is believed to have accidentally released the global coronavirus pandemic because of lax safety protocols, according to U.S. intelligence.

Now, it turns out that $3.7 million grant was awarded by Obama administration in 2015.

President Trump said, “The Obama administration gave them a grant of $3.7 million.”

He added, “I’ve been hearing about that, and we’ve instructed if any grants are going to that area – we were looking at that, literally, an hour ago and also early in the morning – we will end that grant very quickly.”

The Obama-Biden Administration reportedly gave $3.7 million to the Chinese lab in Wuhan that is the subject of the investigation into the origin of the coronavirus.

President Trump says he is looking at it and "we will end that grant very quickly." pic.twitter.com/dqBYtnn2lv

Obama funded the Wuhan Wiggle, with grants to the same lab, where it originated.
Where are all the Obama supporters, now? I want to admonish you, greatly.

The Obama administration gave a $3.7million grant to the Wuhan lab suspected of releasing COVID-19

I wonder how they’ll blame Trump for that too.

A Chinese official suggested Thursday that U.S. officials introduced coronavirus into China’s Wuhan region as the virus makes its way to the West from the communist nation.

Lijian Zhao, deputy director of China’s Foreign Ministry Information Department, said, “When did Patient Zero appear in the United States? How many people are infected? What is the name of the hospital? It may be that the US military brought the epidemic to Wuhan. America needs to be transparent! The United States owes us an explanation!”

Because the following block quote paints the Obama administration in a negative light, there’s a fairly high chance it will never be reported by the MSM.

On the eve of #Easter, let us remember the ones who lost their lives to COVID19. Please try to connect w/ family, friends & loved ones this year. Take care of yourselves, keep your spirits high. Enjoy #Easter knowing we are all in this together.

National data show the #coronavirus crisis is over. @realDonaldTrump and governors should declare cautious victory and get country back open now to try to MITIGATE the economic destruction from the shutdown. https://t.co/w6zhxisVc0

Let's be clear about what's going on:

Republicans are trying to replenish the Paycheck Protection Program before funds run out.

But Dems are holding the program hostage to their unrelated left-wing agenda.

What a great story. @AmericanAir has turned the Admirals Club at @iflymia into a mask-making factory! During a time of crisis, it's truly humbling to watch us all come together to help any way we can. https://t.co/fASv8PLk2u

NYT: “The Trump administration plans to use money from the recent stimulus bills to pay hospitals for treatment of uninsured coronavirus patients. It says the plan is more efficient than reopening enrollment in the Obamacare markets to achieve the same goal.” https://t.co/H8p3VH1523

This #coronavirus meme is on to something. Might be a way to ensure unemployment doesn’t go up too far either. pic.twitter.com/0U8C7deDzA

Small business layoffs spiked 1,000% last month. 10% of the U.S. workforce is now jobless. This is no time for political games.

I hope Democrats stop blocking more funding for the Paycheck Protection Program very soon. American jobs depend on it. https://t.co/R1TGM8gc84

Have to wonder how many other plane loads of American tax money was sent to our enemy countries and countries that hated us…..while obama had his hands on the control…

The nigger loved giving away money. Other people’s money.

Want I read was a bunch of lies and it is a shame that Story Warrant & John Salvatore consider themselves to be reporting factual news. What is truly disgusting is the people that believe this type of crap and that racist people like Gerald Ladd still exist in the year 2020. This is nothing but the Republican Party and Conspiracy Theorists lies. The only thing it is good for is to print out this article and use it to wipe your butt with now that toilet paper is hard to get at your local Walmart or grocery store.