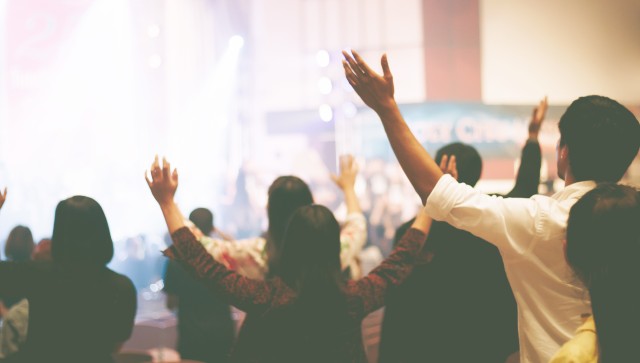 The following article, Tennessee Church Suing Over Ban On Drive-In Services, was first published on Flag And Cross.

There’s a battle raging across the country, one that many of us never actually dreamed we’d see fought in the land of the free and the home of the brave.

The right to assemble and to worship God.

Many states, in response to the coronavirus crisis, have banned church gatherings, along with all other types of gatherings of more than 10 people, but the mad power grab of liberal governors is going far beyond their constitutional scope by specifically targeting churches who have found creative ways to get around the order while still abiding by social distancing guidelines:

Well, governors are attempting to block those too.

Fortunately, there are churches who are fighting back and standing up for religious liberty, like a church in Tennessee who has opted to take legal action by suing Chattanooga Mayor Andrew Berke.

The church, Metropolitan Tabernacle, filed a complaint with the aid of Alliance Defending Freedom, a legal group already representing a Mississippi church that sued over drive-in bans. The church’s leaders allege that Berke’s April 9 order, saying that drive-in services, even “with the windows rolled up, for any length of time, will be considered a violation of our shelter-in-place directive,” is unconstitutional and a violation of Tennessee’s Statute for the Preservation of Religious Freedom.

“City officials go too far when they single out churches for punishment, preventing them from alternate versions of worship during this pandemic that are specifically designed to comply with health and safety recommendations from both state and federal authorities,” ADF Senior Counsel Ryan Tucker said in a statement.

The lawsuit goes on to allege that the order issued by Berke conflicts with the stay-at-home order issued by Gov. Bill Lee, which does make allowances for churches to hold drive-in services during the lockdown.

Police in Chattanooga told Pastor Steve Ball that drive-in services weren’t a violation of the city’s stay-at-home order. Ball stated that he planned to broadcast services over the radio to members of his congregation in their vehicles. The broadcast would come over their car stereos. Attenders would be in their vehicles with rolled up windows in the parking lot.

Berke ended up cancelling Easter Sunday services out of fear that his congregation would be ticketed like the members of Temple Baptist Church in Greenville, Mississippi.

The allegations made in the lawsuit echo those made in both Mississippi and Kentucky, where church leaders are also claiming the city orders violate the First Amendment rights of churches, as well as the Religious Freedom Restoration Act.

The RFRA is designed to prevent churches from being singled out by the government due to unique practices and culturally divergent beliefs.

Attorney General Bill Barr has also cited this act in his defense of churches holding drive-in services across the country.

So many of the “orders” being enforced(?) are so far out of line. Such as not being able to attend a drive in church, not being allowed to be in your boat if it has a motor (w/o motor ok in Michigan), being allowed to buy booze & marihuana but not seeds for your garden nor a baby car-seat. And most if not all are in dem run cities & states, not reasonable.