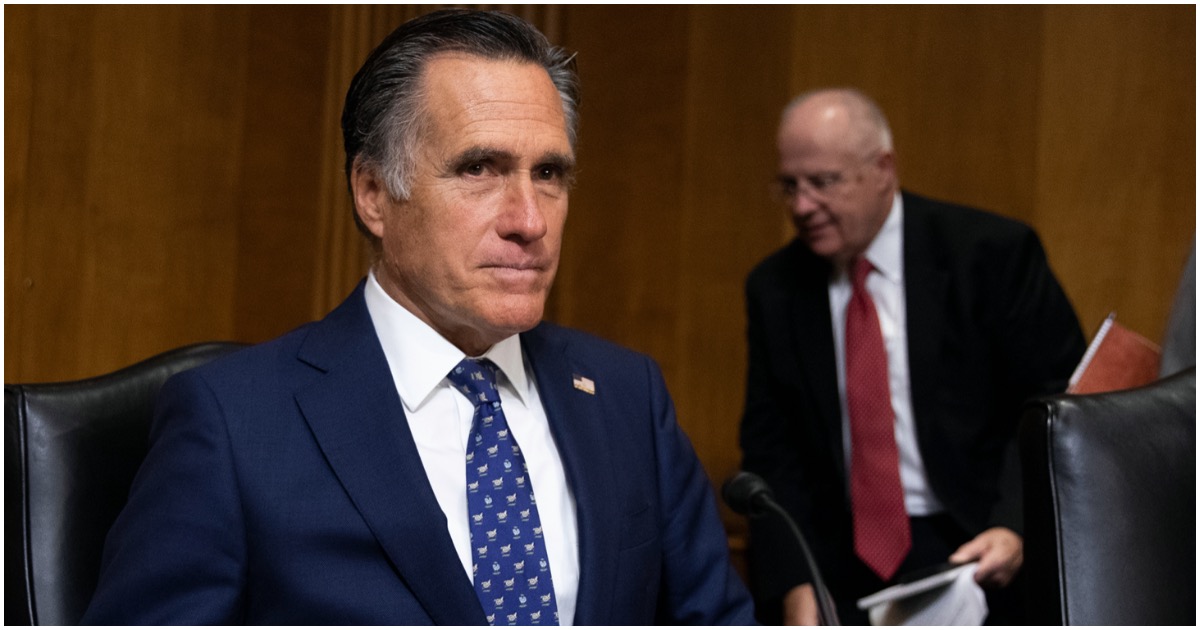 The following article, 52 Republican Senators Are Part of Coronavirus Task Force — All Except Mitt Romney, was first published on Flag And Cross.

There are 53 Republican senators currently serving in the upper chamber. 45 Democrats. Two Independents. Every GOP senator is a member of the new coronavirus task force, except for Mitt Romney – a twice-failed presidential candidate.

Here’s the scoop, via The Hill:

A list released by the White House on Thursday afternoon of the “Opening Up America Again Congressional Group” included nearly 70 senators, including all 52 of Romney’s GOP colleagues in the chamber.

A spokeswoman for Romney and a source familiar confirmed that the GOP senator was not asked to take part in the task force.

Romney wasn’t the only senator not included on the new White House task force. More than two dozen Democrats were not included, such as Sens. Elizabeth Warren (D-Mass.), and Bernie Sanders (I-Vt.), who both ran for the Democratic Party’s 2020 presidential nomination. Red-state Democrats Joe Manchin (W.Va.) and Doug Jones (Ala.) also were not included.

Not long after Trump won the 2016 general election, he had dinner Romney.

Back then, there were rumors that the now-Utah senator might be nominated for secretary of state.

Obviously, nothing ever came of it. Instead, Mitt continued to wage war with Trump verbally – often siding with Democrats on key issues.

It was reported that Romney was self-quarantining after being near Sen. Rand Paul (R-KY), who tested positive for Coronavirus. Trump’s response was pretty darn funny.

President Trump reacts to the news that Mitt Romney is self-quarantining. pic.twitter.com/FnHutc7xd4

Take this time during quarantine to re-familiarize yourself with the brilliance of Bill Withers. We lost another great one.
Rest in Power, sir. https://t.co/0JqrOYaT2W

I know quarantine has broken my brain because I’ve been watching the Fast & Furious movies all week.

Everyone who is saying that Fox News didn’t take Coronavirus seriously..@JesseBWatters is Keeping Score pic.twitter.com/NYlTY0DAoL

Colorado Gov. Jared Polis and Los Angeles Mayor Eric Garcetti wear face masks to encourage others to wear them while in public to reduce the spread of the coronavirus. https://t.co/BiR4gA7Tyd pic.twitter.com/p13Y0wlupQ

One thing we've learned from Coronavirus is that celebrities are empty shells who are miserable and dysfunctional. They're very unhappy people, folkshttps://t.co/dmVfKhAOPs

Boxing is Still Fighting Back Against The Coronavirus – https://t.co/QNRcRWXMmt pic.twitter.com/Ft9w08s3vj

The NBA And ESPN Are Working On A Televised A Game Of H-O-R-S-Ehttps://t.co/O0h8ZL0Tqp pic.twitter.com/JcCSnSabGT

Aw Mitt, Donald left you out! You RINO Dick! You and people like you hold back the opportunity to have the greatest surge in the USA ever. In 2020 we get back the House abd DO IT RIGHT this time. RINO”s go including you Mitty. What a vengeful, mean individual you are. Bye!

Sure a shame that the people of Utah didn’t realize what a slug they were electing to the Senate, the rest of America had him figured out.

mitt is a Mutt.