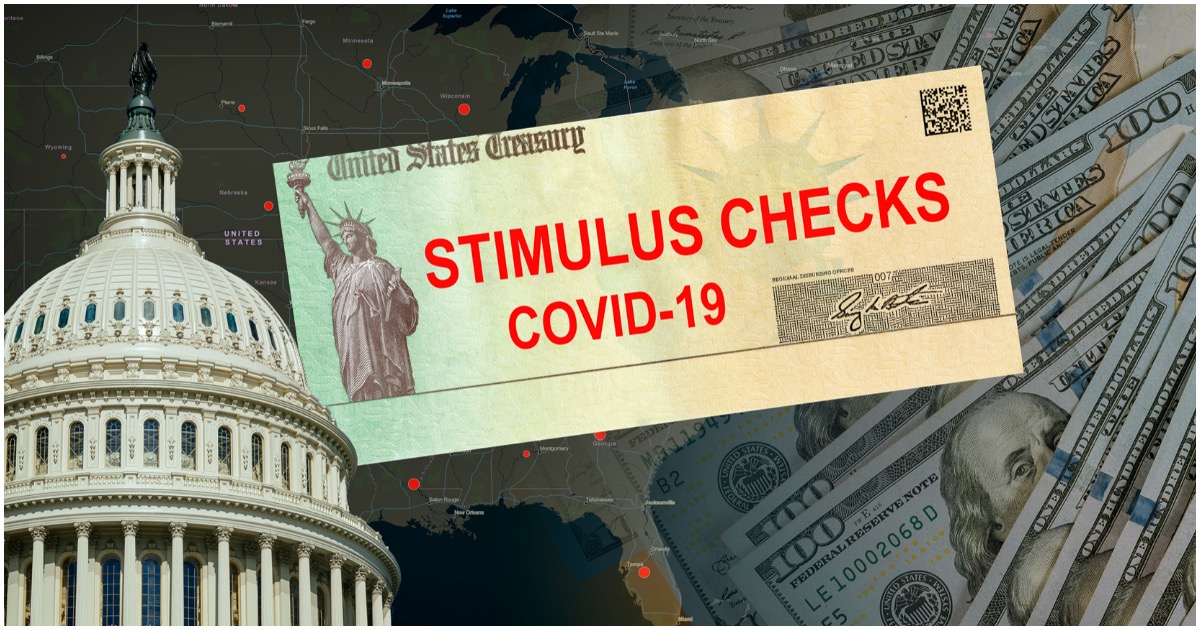 The following article, Man Expecting $1700 Stimulus Check Wakes Up to Over $8 Million In His Bank Account, was first published on Flag And Cross.

Democrats hate how tyrannical leader Trump is running the country, as he overreaches with his super extreme power grabs, yet they believe more government is the answer to combat…government.

Figure that one out.

At the end of the day, as one might have guessed, it turns out that our public servants can’t get much right – at all. Just ask this Indiana man, who woke up to one heckuva an eye-opening surprise.

An Indiana man expecting a $1,700 stimulus check received a windfall instead from the feds — over $8 million deposited, albeit briefly, to his bank account.

Charles Calvin, a volunteer firefighter in New Chicago, said he got the $8.2 million surprise when he went to the ATM on Friday to withdraw some cash, news station WGNTV reported.

Calvin said, “I went to the ATM at the Family Express and once I withdrew $200 out of my account, I looked at the available balance still left in my account. Apparently, my account had $8.2 million in it.”

Paper checks of coronavirus relief payments approved by Congress will have President Trump's name printed on them, a Treasury Dept. official says.

It won’t be a signature. The phrase “President Donald J. Trump” will be printed onto the front of the check https://t.co/nj1IZiz7ze

BREAKING: Sources Say The PGA Tour Will Try To Restart Its Season June 11th-14th At Colonial Without Fans https://t.co/26rh4lqENE pic.twitter.com/ebNNKrs0zy

"This is what we're going to be dealing with."

Inmate Released From Jail Monday Was Rearrested Tuesday & Walks Out of Jail AGAIN After Being Booked Due To California's $0 Bail Order – https://t.co/LPjqwNvOKH pic.twitter.com/p1hhAJ12kR

The UFC Plans To Return On May 9th With A SUPERCARD https://t.co/Xnu89FCjzj pic.twitter.com/xwdoowjpo4

Health Expert Says Sports Will NOT Be Played In Front Of Fans Until Fall… Of 2021https://t.co/FOfo281gjT pic.twitter.com/OUpWdyTx3U

Our Action Network “Return of Sports” calendar getting a workout tonight.

PGA Tour looking to be back by June 11. pic.twitter.com/nO3UfW66Oq

The Raiders May Be Forced To Play Their Home Games In Utah This Season If Their New Las Vegas Stadium Isn't Finished In Time Because Of Coronavirus-Related Delayshttps://t.co/Uu58QWSb8C pic.twitter.com/FcCR50SJvK

President @realDonaldTrump is halting funding of the World Health Organization while a review is conducted to assess WHO's role in mismanaging the Coronavirus outbreak. pic.twitter.com/jTrEf4WWj0

Continue reading: Man Expecting $1700 Stimulus Check Wakes Up to Over $8 Million In His Bank Account ...