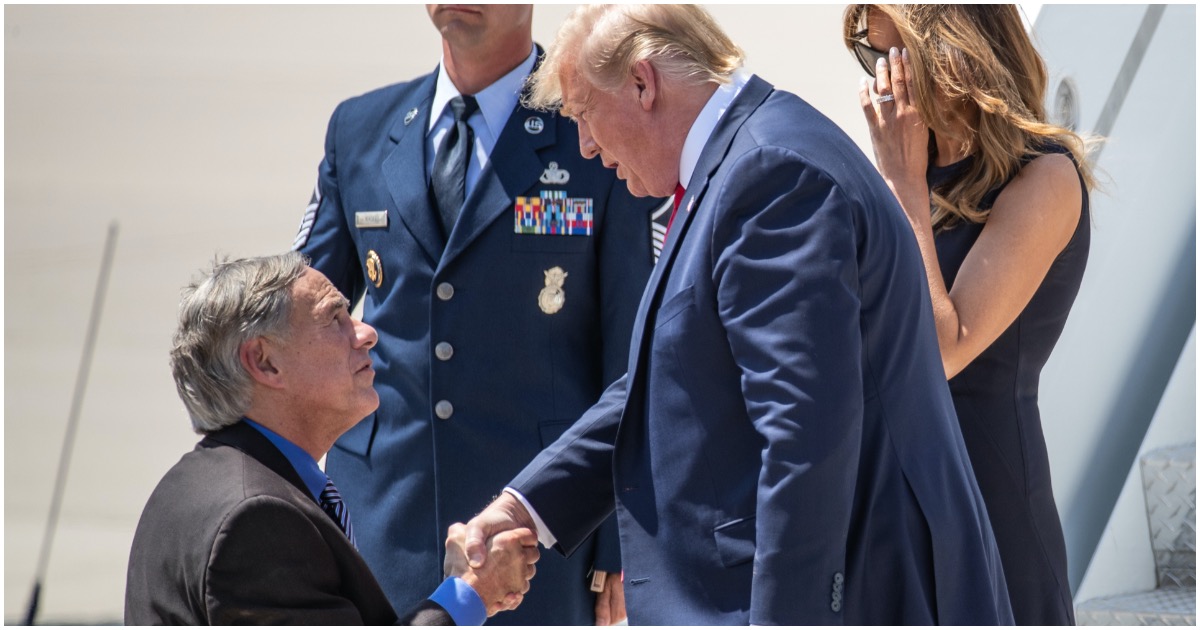 The following article, GOP Governor to Issue Executive Order That Will Jumpstart Texas Economy In Coming Days, was first published on Flag And Cross.

Liberty is very much under assault in the United States right now, thanks to the Chinese virus that has caused nearly the entire world to shut down.

Thankfully, there are still some grown ups in office who understand the plight of the working man.

Texas is finagling a way to ease stay-at-home restrictions and reopen businesses, with the help of an executive order that Republican Governor Greg Abbott is expected to issue in the coming week.

In a press conference on Friday, Abbott said the focus of the order will be “restoring livelihoods” and helping Texans re-enter the workforce. The announcements come less than two weeks after the governor told residents to stay at home for the month of April, an order that he declined to refer to as a shelter-in-place policy following a month of partial county-specific lockdowns.

Is it relevant that the US has 5X the population of Italy? https://t.co/aTnwRdKeTU

Can you really blame them? https://t.co/BNXi5NsSbw

An unreal display today by the @AFThunderbirds flying over Vegas hospitals to salute doctors & nurses in their fight against Covid-19 pic.twitter.com/iDrvrBiYkQ

Liberty under assault throughout Americahttps://t.co/X0XIn20UgL

Congrats to @DevinBook on becoming the first-ever NBA 2K Players Tournament Champion! 2K, the NBA and NBPA are all contributing a $100,000 donation in Devin's name to Direct Relief and Arizona Food Bank Network in support of ongoing coronavirus relief efforts. #NBA2KTourney pic.twitter.com/Fsiv56WEgE

Bill Maher on Chinese coronavirus: "So when someone says, 'what if people hear Chinese virus and blame China?' The answer is we should blame China. We can't afford the luxury anymore of non-judginess towards a country w/habits that kill millions of people"pic.twitter.com/UYz15zRKAs