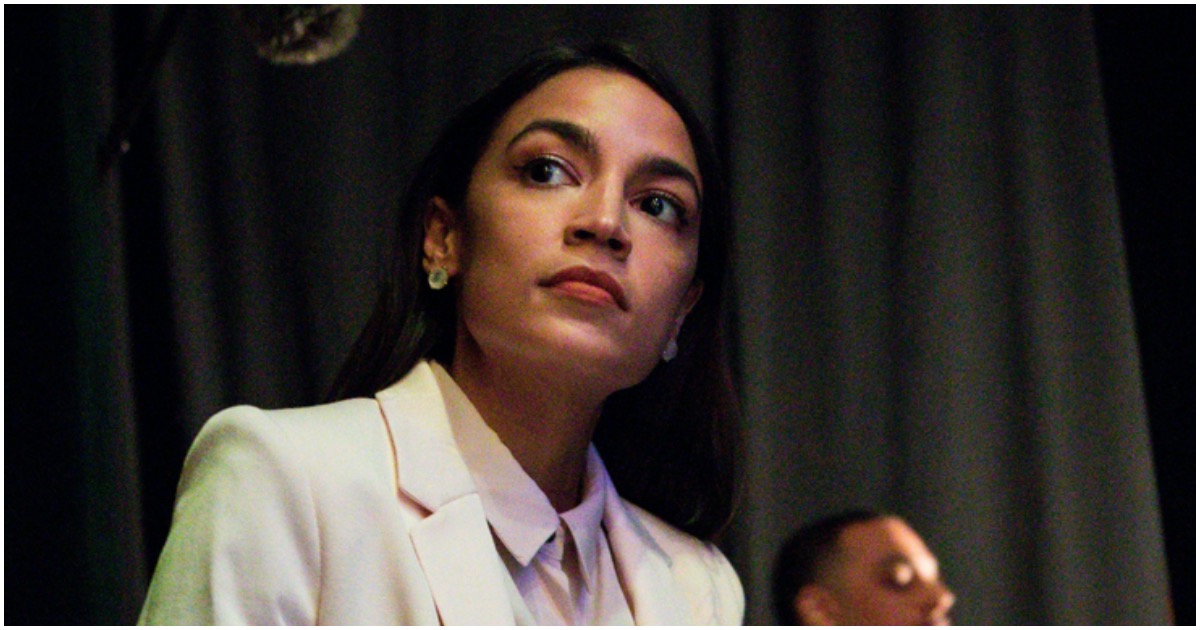 The following article, AOC Says the United States Is Not A ‘Humane Society’ – Hasn’t Earned the Right to Say It, was first published on Flag And Cross.

The person nobody wants to hear from when it comes to anything regarding government decided to weigh in on what she feels is best for Americans, as we all struggle through the Coronavirus hysteria.

That’s right, Alexandria Ocasio-Cortez (D-NY) is spouting off at the mouth again. She wants the government to take care of everyone regarding everything.

In other words, it’s just a normal day for the freshman lawmaker from Queens who thinks America is a “brutal, barbarian” society.

This is not the time for half measures.

We need to take dramatic action now to stave off the worst public health & economic affects.

More AOC, for ya…

We should also consider measures on mortgage relief.

Meanwhile, the president has proposed a massive fiscal stimulus centered on a temporary Social Security payroll tax cut that would add about $1 trillion to the national debt — more costly than both the 2008 Wall Street bailout and the 2009 stimulus bill designed to combat the Great Recession.

There is widespread bipartisan skepticism about the cost and effectiveness of Trump’s proposal and it would face an uphill battle in the Democratic-controlled House. Critics say the payroll tax cut wouldn’t be targeted enough and would disproportionately help higher-income Americans.

Take this time during quarantine to re-familiarize yourself with the brilliance of Bill Withers. We lost another great one.
Rest in Power, sir. https://t.co/0JqrOYaT2W

I know quarantine has broken my brain because I’ve been watching the Fast & Furious movies all week.

Everyone who is saying that Fox News didn’t take Coronavirus seriously..@JesseBWatters is Keeping Score pic.twitter.com/NYlTY0DAoL

Colorado Gov. Jared Polis and Los Angeles Mayor Eric Garcetti wear face masks to encourage others to wear them while in public to reduce the spread of the coronavirus. https://t.co/BiR4gA7Tyd pic.twitter.com/p13Y0wlupQ

One thing we've learned from Coronavirus is that celebrities are empty shells who are miserable and dysfunctional. They're very unhappy people, folkshttps://t.co/dmVfKhAOPs

Boxing is Still Fighting Back Against The Coronavirus – https://t.co/QNRcRWXMmt pic.twitter.com/Ft9w08s3vj

The NBA And ESPN Are Working On A Televised A Game Of H-O-R-S-Ehttps://t.co/O0h8ZL0Tqp pic.twitter.com/JcCSnSabGT

Continue reading: AOC Says the United States Is Not A ‘Humane Society’ – Hasn’t Earned the Right to Say It ...

And your saying the Middle East is? You will be a distant memory very soon!! You’ll be back serving drinks in place like Trehan!!!

What does she mean NOT HUMANE? The US is paying to house, feed and provide health care to a worthless piece of AOC crap.I’d say that is pretty humane to pay someone that is no asset to the nation.

Why doesn’t she just go home if she doesn’t like it here.

Nice ramblings, now where is my beer?

If she wants to see inhumane, go to China that gave us the Wuhan caronavirus, and has just been named to the Human Rights Council of the UN. I am sure that AOC could teach the Chinese Communist Party a few things about the humane treatment of people.
https://youtu.be/3bXWGxhd7ic This is a documentary on the origins of the Wuhan virus and its purpose.