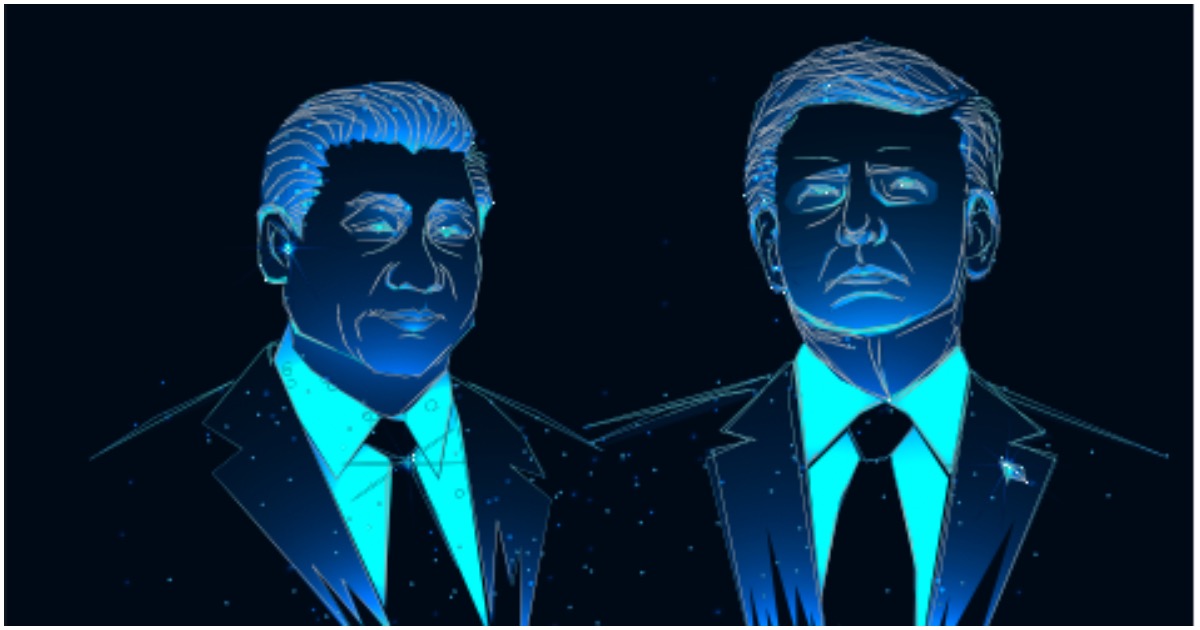 The following article, Trump Takes Action, Looks to ‘Terminate’ Chinese-Owned Telecom Firm From Operating In US, was first published on Flag And Cross.

Even though President Trump likes to boast about his great relationship with Chinese dictator Xi Jinping, it doesn’t mean he won’t slam the door shut on the communist regime when he has to.

On Thursday, POTUS took a big step against China.

Multiple federal executive branch agencies announced on Thursday that they have unanimously recommended to the Federal Communications Commission (FCC) that it “revoke and terminate” a Chinese state-owned telecom service provider’s ability to operate in the United States.

The six federal agencies that made the recommendation against China Telecom Corp. were led by the Department of Justice and included the Departments of Homeland Security, Defense, State, Commerce, and the United States Trade Representative.

Right now, America is suffering. The coronavirus doesn’t care which political party a person sides with.

Democrats don’t seem to understand that. When is enough enough, for them?

The president is turning to racist rhetoric to distract from his failures to take the coronavirus seriously early on, make tests widely available, and adequately prepare the country for a period of crisis.

Hospitals are already running out of ventilators and beds. Nurses are using bandanas as masks.

If you’ve already ordered more with the Defense Production Act, tell us now.

If you haven’t, you’re failing to lead and failing Americans.

The Trump administration must answer for this and make tests widely accessible immediately to help front-line health care workers do their jobs. https://t.co/zWpciTnehF

Gee, here’s a shocker. #NancyPelosi won’t even consider the Senate plan to help American citizens and American small business owners. This is exactly why this upcoming election is literally a matter of life and death. #Trump2020Landslide https://t.co/3cn0fDEktV

A Russian bar has created the ‘coronavirus cocktail.’ The bar jokingly instructs patrons to consume it when they have ‘a desire to stockpile’ https://t.co/akNles1W4V pic.twitter.com/eyRpZVWqIp

*Takes a step outside*

Me and the boys going to Mcdonalds after the Corona virus ends pic.twitter.com/C6RsAv92Ha

VIDEO: French people confined to their homes meet at 8 p.m. once again to cheer, from their windows and balconies, the efforts of the country's hospital staff on the 4th day of the confinement amid the #coronavirus pandemic pic.twitter.com/7AXj1KiSbo

Day 5 of Corona Virus quarantine: everyone is tired and bored from being indoors. It's too cold outside still to be out in the yard so we stay indoors pic.twitter.com/Wm1YtDKT61

A "Dr. Oz" staffer tested positive for coronavirus, leading to the suspension of the show's production.

The unidentified staffer was not in the office for over a week, after beginning to display a minor symptom of coughing.https://t.co/bHIiADThC3

#WATCH Police in Nagpur urge people to empty public spaces, amid rising coronavirus threat. All private and corporate establishments in the city except those providing essential services are shut. #Coronavirus pic.twitter.com/5eYd1oFpWI

Emergency room Dr. Dara Kass has tested positive for the novel coronavirus after being exposed at work. https://t.co/Bz4rCCHiOT

And perhaps the cnn, msnbc, cbs, etc fake news agencies should take notice as they also have to operate under a FCC license. Obvious that these agencies have become a arm of the democrat political party and are no longer interested in reporting news.