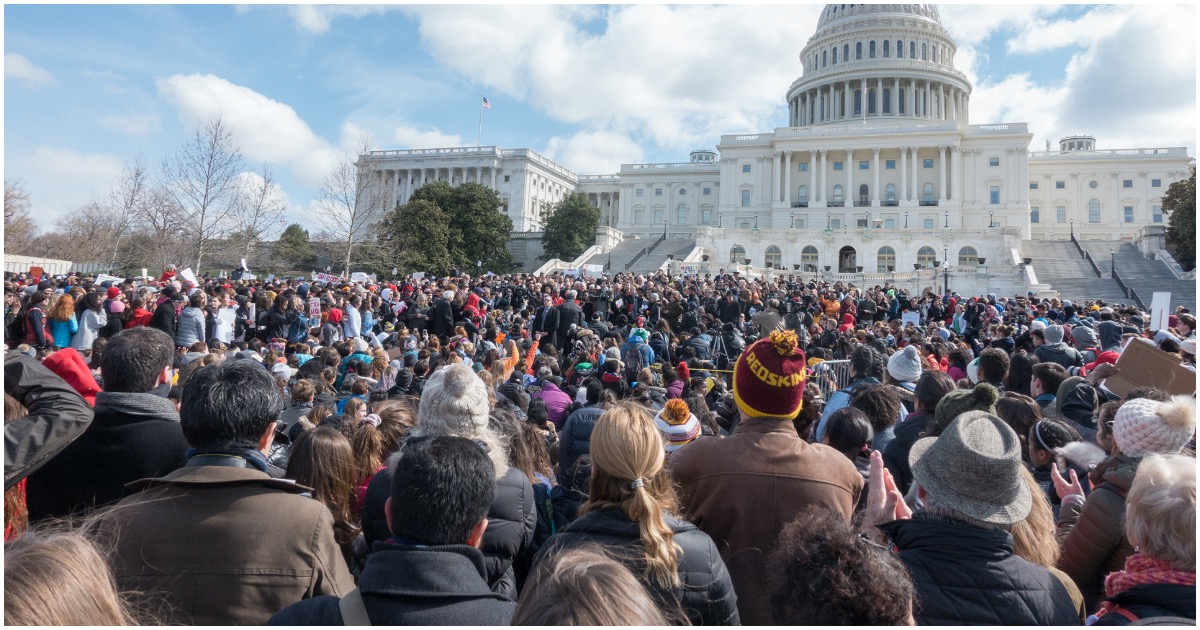 The following article, Flashback: School District Allows Kids to Skip Class So They Can Protest Trump [Details], was first published on Flag And Cross.

Who needs a high school education when you can be out of class protesting the Trump administration? It’s an easy thing to do when you’re not told by instructors that Trump’s policies have lowered unemployment to record low levels, while building up the economy to an all-time high.

And here lies the problem with the Democrat Party: they are filled with liars – point blank. There’s no reason whatsoever to badmouth what Trump has done for the nation, unless, of course, you’re a diehard liberal who refuses to keep up with the news.

Do as I say or forever be shunned based on your political beliefs? Yikes. Is this the way all beta male Democrat-voting fathers think? Don’t answer that.

And this is what we get when America’s school & colleges are under the control of socialist/communists.