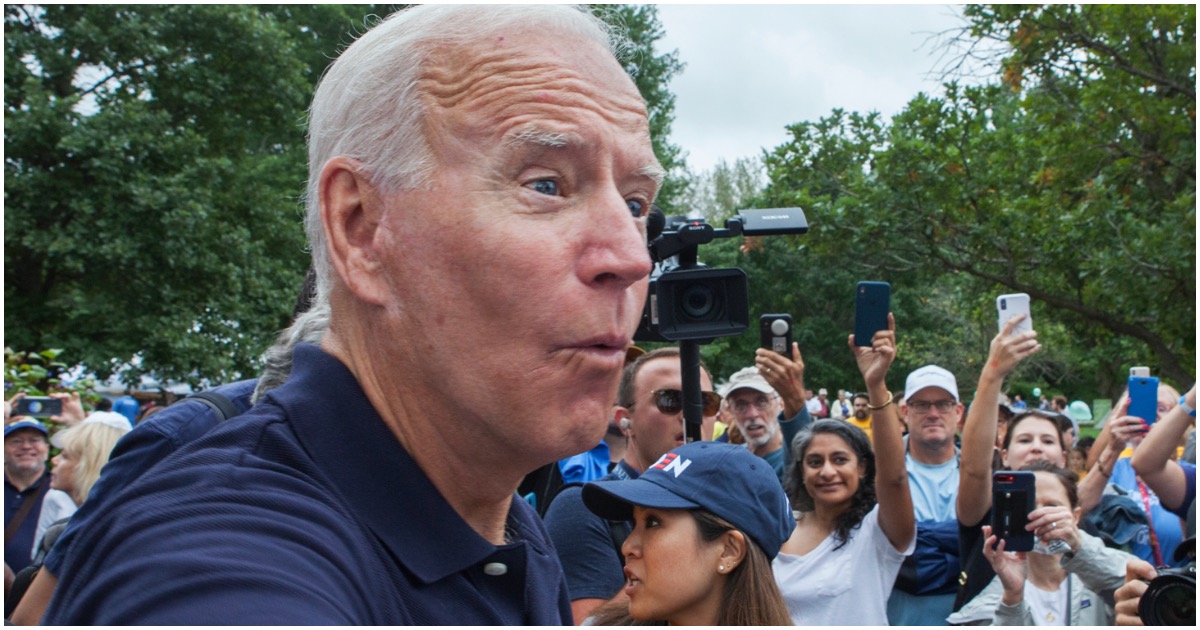 The following article, ICYMI: Biden Says There’s ‘3 Things’ We Must Do to Battle Pandemic, Then Only Lists 2, was first published on Flag And Cross.

Joe Biden is the absolute best when it comes to saying silly things. It’s just gaffe after gaffe, day after day. How he has a single supporter makes little to no sense, whatsoever.

Come November, President Trump is likely to square off with the former vice president in what may just be a very close contest.

And yet, the guy continues to make clear that he doesn’t know what’s going on.

Presumptive Democratic presidential nominee Joe Biden conducted a gaffe-filled interview on MSNBC Monday, kicking off his media appearance by referring to the epicenter of the coronavirus by the wrong name.

As he did last week, Biden again gave the wrong date for a USA Today op-ed he penned on the virus, again claiming it was posted on Jan. 17 when it was actually Jan. 27.

Joe Biden said "we have to do three things quickly."

He must have "quickly" forgotten the third thing – because he only mentioned two!

Then, there’s also this…

Joe Biden says President Trump should establish a task force with someone in charge…President Trump put one together in Januaryhttps://t.co/37loumbhHe pic.twitter.com/Iah6ZIcotc

Joe Biden has REALLY toxic supporters and I don’t think I can vote for a candidate who doesn’t denounce that kind of behavior.

Why is @JoeBiden still asking folks for money during a pandemic when he has two SuperPACS that have pledged over $175 million to his campaign? pic.twitter.com/cFo5JceUuL

Can you imagine Joe Biden trying to stand up there and answer questions for two hours like President Trump just did? https://t.co/zbRjJMbszr

Chuck Todd asks – yet again – a completely misleading, preposterous question, so much that even Joe Biden says it's too harsh.

Why even ASK a question like that, Chuck? pic.twitter.com/p8YKw1zvDa

We should just listen to Joe Biden himself on this! pic.twitter.com/lHAuXGmi8z

Does anyone ever know what the hell Joe Biden is talking about?

Remember this timeline/the culture when you judge her for not going to the media in 1993. #IBelieveTara

Is Joe Biden's campaign starting to peter out? pic.twitter.com/IxiTxekpVI

Will Joe Biden be the worst Democrat Nominee in history?

Continue reading: ICYMI: Biden Says There’s ‘3 Things’ We Must Do to Battle Pandemic, Then Only Lists 2 ...