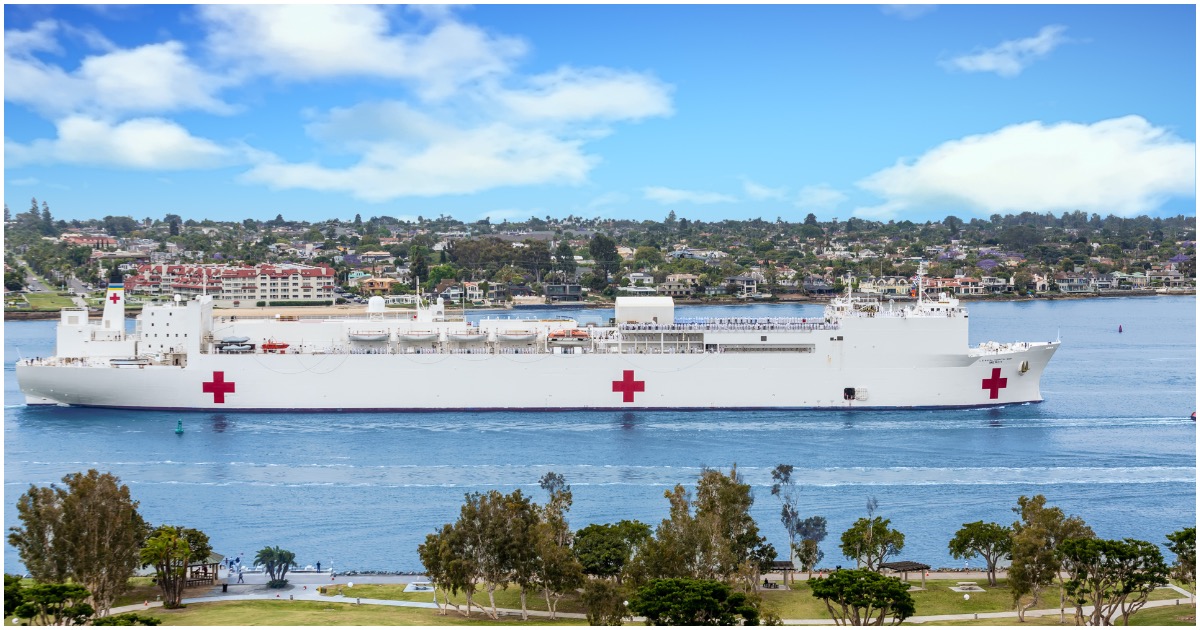 The following article, Engineer Admits to Derailing Train So He Could Crash Into USNS Mercy Hospital Ship, was first published on Flag And Cross.

The USNS Comfort recently showed up in New York, to help battle coronavirus in the tri-state area. The USNS Mercy docked in Los Angeles on Wednesday to help out on the west coast.

One particularly mentally disturbed train engineer thought it would be a good idea to do something extremely silly to the Mercy.

Check this out, via Fox 5 San Diego:

LOS ANGELES — A train engineer at the Port of Los Angeles is facing federal charges for allegedly charging a locomotive off tracks toward the USNS Mercy, which he suspected is tied to a government plot, federal prosecutors said Wednesday, KTLA reported.

Eduardo Moreno, 44, of San Pedro, was handed over to FBI agents Wednesday and charged with one count of train wrecking in Tuesday’s derailment, according to the U.S. Attorney’s Office in Los Angeles.

Moreno admitted he purposefully ran the train off the end of its tracks at full speed near the hospital ship in two separate interviews, officials said.

LOS ANGELES (@AP) – A Port of Los Angeles train engineer is charged with stealing locomotive, crashing it near the hospital ship Mercy.

Not only is this is batshit crazy, but the train stopped 250 yards from the ship.

I understand that aiming a derailed train isn't as precise as a laser guided missile, but 250 yards? The guy was an engineer. https://t.co/tAZFXAYPCF pic.twitter.com/o6FCnRKBFf

You'd think this was an April Fool's joke… but, nah

It’s like watching a train wreck , the passengers are waving out the window with smiles & when you scream the bridge is out ahead – they just laugh and say the engineer has it under control …no worries!

Jon Jones Unbelievably Sentenced To 96 Hours Of House Arrest In The Middle Of A Quarantine https://t.co/UUdEpVpT50 pic.twitter.com/ZzSet7WoWR

Chinese communism is the real virus

Washington, D.C. looks like the set of an end of the world movie in the midst of the coronavirus pandemic.

I went out last night and filmed what the city looks like: pic.twitter.com/9Ef7gaCwPM

Continue reading: Engineer Admits to Derailing Train So He Could Crash Into USNS Mercy Hospital Ship ...